Sexual Ethics in the First Century: the world of Paul and the early church 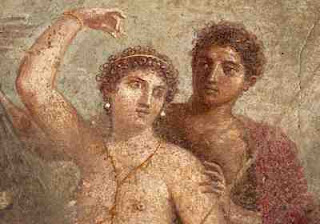 People talk a lot about sex and it is not unusual to use the Bible to either challenge or defend a stance on various issues that relate to sex. The problem, however, is when we assume that the world of the biblical authors is similar to our own. People sometimes assume that modern, conservative views about sex were present in antiquity to the same degree that they are today. This is particularly challenging when reading the Apostle Paul.
What most moderns do not realize is that in antiquity a married man was not considered to be immoral if he was having sex with his household slaves or even prostitutes. At the same time, there were those who thought that the purpose of sex was solely for the creation of heirs. Some held a combination of both views. It was acceptable for a married man to sleep with other women (and men) as long as he had a wife at home who was providing him with legitimate heirs.
It is in this world that the Apostle Paul and the early church attempted to carve out a place for a more nuanced sexual ethic. And, if we are going to understand Paul and try to apply his sexual ethics to the 21st century, we need to understand the world in which he lived.
Roy Ciampa and Brian Rosner are the co-authors of the recently released Pillar Commentary on 1 Corinthians. Paul has a few things to say about sex in that letter. The context of ancient Corinth, while not as lascivious as it is sometimes portrayed, was certainly different than today. In a set of short videos below, Rosner interviews Ciampa about sex in the first century and how Paul's comments would have been perceived.

First Century Sexual Ethics Part I from CPX on Vimeo.