Verdict on the James Ossuary: Golan Not Guilty of Forgery 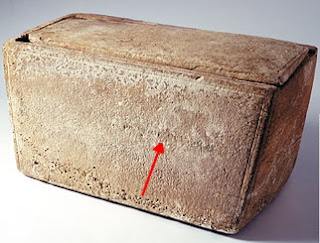 You may have read or heard about the "James Ossuary." It is a Roman era bone box with an inscription that reads "James son of Joseph brother of Jesus." When it was first announced many were offering it as a tangible piece of evidence to the family of Jesus. Soon, though, there were questions as to the inscription's authenticity and the owner, Oded Golan, was charged with forgery.

A long trial ensued and the verdict was delivered today. Golan was acquitted of all charges including those related to some other artifacts. Here is a bit of what the judge had to say in a 475 page verdict.


“The prosecution failed to prove beyond reasonable doubt what was stated in the indictment that the ossuary is a forgery and that Mr. Golan or someone acting on his behalf forged it.”

It is important that we keep in mind that the judge did not rule that the inscription was authentic, only that Golan was cleared of being a forger, In fact, the judge also said:


“This is not to say that the inscription is true and authentic and was written 2,000 year ago. We can expect this matter to continue to be researched in the archaeological and scientific worlds and only the future will tell. Moreover, it has not been proved in any way that the words ‘brother of Jesus’ definitely refer to Jesus who appears in Christian writings."


This means that in many ways we are no further along then we were before the verdict. We have an inscription with names that provide a tantalizing connection to the family Jesus, perhaps one of the apostles. But we still don't know if it is an authentic inscription. All we know is that IF it is a forgery, then Golan is not guilty of it in the opinion of the Israeli courts. I bring this point up so that all of us keep in mind that the verdict does not mean that we now have, beyond a shadow of a doubt, an ossuary from Jesus' family. It only means that Golan is not guilty. The inscription needs to be studied again and, as happens in many cases, there will be good people on both sides who will disagree.

For reactions to the verdict and more on the story see

Eric Myers on the ASOR Blog