Women in the Life of the Apostle Paul 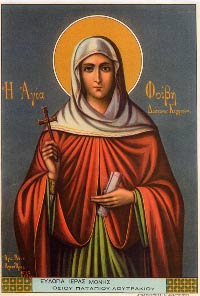 As promised on Monday, I plan to do a three part series on women in the life of the Apostle Paul. The first woman I want to look at is Phoebe in Romans 16:1-2. There is much we can learn about and from her even though she is only given two verses worth of press in the entire New Testament.

In Romans 16:1 Paul commends Phoebe to the church in Rome. He calls her a “sister” which locates her as a member of the church. This may sound like a trivial thing to point out, but actually it is quite important. Normally in the New Testament we read more about “brothers.” The Greek term for "brother" appears 343 times in the New Testament while "sister" only appears 26 times. Paul never addresses a congregation anywhere as “brothers and sisters,” but simply as brothers. He does this, of course, because such an address includes all persons regardless of gender. It is a generic catchall in much the same way that “mankind” used to be for English. Some modern English translations, however, have added “brothers and sisters” in place of the generic “brothers.” This is because we are more aware of the equality and value of both genders, but particularly of women. But this is not a generic address. Paul has written a specific exhortation about a person who is performing an important task for the life of the church. And she is a woman. Since Paul calls out so few women in his letters, this should get our attention.

With a little bit of investigation we discover that this woman is not only one of the named women in the New Testament, she is also the first recorded deacon in the history of the church. Often we have been conditioned to look to Acts 6:1-6 where Stephen and the seven are chosen to help relieve the apostles of their administrative weight. Traditionally we recognize these men as the first deacons of the church. But the term for deacon (dia/konoj) does not appear there. And apart from some statements about the qualifications for a deacon (1 Tim 3:8, 14; 4:6), there is no one else who receives the title of deacon in the New Testament. Even if Acts 6:1-6 does help establish a paradigm for deacons, the fact is, the only named deacon in the New Testament is a woman called Phoebe.

Phoebe is from Cenchreae which is a port city just east of Corinth. Paul was in Corinth when he wrote the letter to the Romans. He adds the comment that she was a benefactor of him and others. This means she probably was wealthy and held a significant social status that she had used to help both Paul and the church. It also seems that Phoebe is the one who carried the letter to Rome for Paul. Thus one of Paul’s most important letters was delivered by a female deacon who was a prominent member of the church in Cenchreae and was apparently well trusted by the Apostle Paul.

In these verses Paul commends her to the church. The terminology used here conveys the idea of standing together with someone. Thus Paul is telling the churches in Rome that he stands with Phoebe and supports her and, apparently, her call to ministry as a deacon.

Paul asks two things of the people in Rome. First, that they would welcome her in the Lord. Second, he wants them to assist her in any way that they can for anything that she may need. The sense of the terminology here of “assisting” literally means “to stand beside.” Paul has not merely called the church in Rome to aid Phoebe, but to stand beside her, that is help her and affirm her in her ministry, whatever that may be.

It is clear that this woman played an important role in the early church. She used her wealth and position to help Paul and the church which led Paul to believe that he could entrust her to deliver a letter to Rome. We know nothing else about this woman. We never hear from her again. We don’t know if she was single, married, widowed, a mother or divorced. Somehow none of those labels were needed to identify her. Paul only mentions her office as deacon and her reputation for caring for the church as the reasons why the church in Rome should help her. It seems as if her gender is not as important here as the task that was given to her. The modern church can learn much from these two verses. Just as Paul and the early church benefited from Phoebe s ministry, we too can benefit from the ministry and leadership of women.

Email ThisBlogThis!Share to TwitterShare to FacebookShare to Pinterest
Labels: Women in the Church