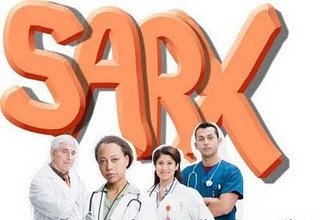 Last Monday I asked if we have too many translations. On Tuesday I mentioned that I was teaching Paul's letter to the Romans this term. This week I bring the two together.
One of my students in Romans was looking at the new Common English Bible. She brought to my attention Romans 7:5 which reads "When we were self-centered, the sinful pleasures aroused through the law were at work in all the parts of our body, so that we bore fruit for death."
What struck me was the choice to translate the Greek word sarx, as "self-centered". A literal translation of the first portion of 7:5 is "For when we were in the (sarx) flesh, the passions of sin were at work in our members." What happened to "flesh"? Is Paul really talking about being self-centered here? A scan of Romans 8 indicates that this was what someone thought. In 8:3-8 sarx appears another 13 times of which 10 are translated as either "selfishness" or "self-centered." I am not sure this gets at what Paul was talking about here.
In fairness sarx is a notoriously difficult term to define and translate. It has often be translated literally as "flesh," but this does not always get at what Paul (or other NT authors) meant. In Romans alone the term can take on connotations meaning ancestor/descent (1:2; 4:1), humanness (3:20), weakness (6:2o) the sphere in which sin operates (7:5, 18, 25) and a source of corruption and hostility against God (8:7).
The difficulty of interpreting this term is demonstrated in other translations. While the NAS and NRSV have retained "flesh" in 7:5 the NIV renders it as "sin nature" and the NLT as "old nature". Translations like that of NIV and NLT have been less than helpful, but simply translating sarx as flesh has not been any better. The problem with "flesh" is that in the modern age it tends to encourage dualistic thinking that leads to the conclusion that our bodies are somehow sinful or inherently evil and therefore something that we need to escape.
In the CEB the problem of how to understand "flesh" (sarx) has been met with a gloss over. "Flesh" is not used as a translation for any occurrences of sarx in Romans. The term appears 26 times in Romans but not once is it translated as "flesh". Moreover, half of the occurrences are in Romans 8, but you would not know it since the CEB translates sarx as "self-centered" or "selfish" 10 of the 13 times.
Is this what Paul really means by sarx? That sin is a problem of selfishness? Can the problem of human sinfulness be boiled down to being self-centered? I don't think so.
The problem, as Paul points out in 7:17, 20, is not with sarx, but with sin. The struggle that "I" has with doing what is right is not because of selfishness, or a sin nature, but because sin takes advantage of the weakness of the sarx. As flesh (sarx) humans are susceptible to sin, but they are not sinful simply because they are sarx (flesh).
Just as translations such as "sin nature" do not get to the heart of Paul's message so too "selfishness" fails. Such interpretations/translations flatten out the multifaceted meaning of what Paul is saying and paints his concept of "flesh" into a theological corner. Furthermore, there are times when Paul's use of sarx is intended to communicate several meanings at once. For instance, Paul's identification of Abraham as "our ancestor according to the flesh" in Romans 4:1 probably refers not only to the lineage of Abraham, but also to his circumcision of the flesh in which some were boasting (cf. 2:28). Abraham is not just the father of those circumcised in the flesh, but also those who are not circumcised (4:9-12). This is important stuff for Paul. But if you gloss over sarx you miss the way that he has woven together his argument and theology.
So what is a better translation? I am not sure there is one. Some words in the Bible are technical terms and do not easily lend themselves to translation. In their commentaries on Romans, Dunn and Byrne have both highlighted sarx as a technical term and that it must be translated literally as "flesh". I am in favor of this, but of course that leaves us with the old problem of dualistic thinking which can lead to a theology of extreme asceticism.
What if we didn't translate it but instead left sarx as sarx? Yes it is a foreign term, but that would provide teachers and preachers the opportunity to explain what it means rather than leaving it as "flesh," "sin nature" or even "selfishness." But even as I write this I am thinking of reasons why this would not always work.
Sigh.
What are we to do? Any suggestions?
Posted by John Byron at 12:00 AM