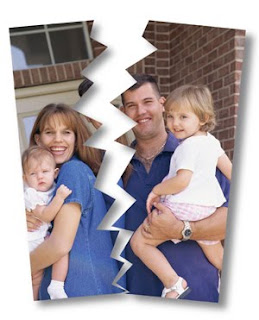 It is not unusual to hear a preacher or teacher quote Malachi 2:16 when talking about why divorce is not acceptable. I have heard a number of preachers quote the verse which says "I hate divorce, says the Lord, the God of Israel." However, if you are using the 2011 NIV that verse no longer says it that way. Instead Malachi 2:16 now reads:

"The Man who hates and divorces his wife," says the LORD, the God of Israel, "does violence to the one he should protect," says the LORD almighty. "So, be on your guard and do not be unfaithful."

The TNIV and the earlier 1984 version read:

So why the change of subject? How did we move from God hating divorce to it being the man who hates his wife? Here is what the translators have to say:

In the Hebrew, God's declaration in the first half of this verse is very elliptical and hard to translate. An interlinear reading might yield, "Hating," "divorcing," "and covers," "violence," "upon protection of him"! But how do you put all those concepts together? The first word is a masculine participle, followed by an infinitive construct, suggesting "the man who hates and divorces." "His protection" could refer to clothing, but a more contextually meaningful translation would refer to the one he was supposed to protect, namely, his wife. Most scholars now think that the first half of the verse means something like "the man who hates and divorces" (the ESV follows this interpretation). The more minor changes in the final part of the verse simply use more current English.

After reading the Hebrew for myself I find their argument more than convincing. I see little support for making God the one who hates divorce in this verse. Moreover, in the context of the chapter the statements in Malachi 2:13-16 are directed at the husband and the way that he treats his wife.
So does this mean that God approves divorce and no longer has a distaste for it? Hardly. There are more than enough passages in the Bible which communicate the complete opposite. But still this new translation of Malachi 2:16 does help to open up the passage to us. Rather than focusing simply on divorce, God has some very strong things to say about husbands who mistreat their wives, are violent with them and divorce them. What we see, then, is that if God hates anything in the context of marriage it is when someone mistreats their spouse. Divorce is not the only way of being unfaithful to the one whom you married.
Posted by John Byron at 12:00 AM