Did Jesus Die on a Cross? 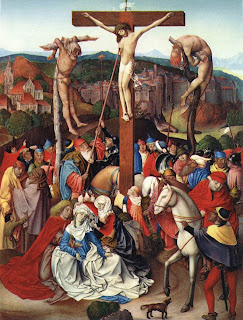 There have been a lot of headlines flying around the news and blogosphere about the claim that Jesus did not die on a cross. Gunnar Samuelsson, who is working on his PhD thesis at Gothenburg University in Sweden, believes “the legend” of Christ’s execution is based on the traditions of the Christian church and artistic illustrations rather than the Bible.

Before we go much further it is important to note that whether or not Samuelsson is correct he is NOT suggesting Jesus was never executed by Rome nor is he attempting to undermine Christian theology. He is simply doing what scholars in all fields do. He is looking at the evidence and presenting his conclusions/opinions of where the facts have taken him.

In Crucifixion in Antiquity: An Inquiry into the Background of the New Testament Terminology of Crucifixion, Samuelsson examines the methods of capital punishment of the time period and finds that there are no clear references to the use of nails or to crucifixion – only that Jesus was forced to carry a “staurus,” which is not necessarily a cross but can also mean a spiked pole, or a tree trunk, or something entirely different. He found little evidence of crucifixion as a method of execution, though he did find corpses being suspended, people being hanged from trees, and other ghastly methods of execution like impaling people by the belly or rectum. Samuelsson says, “The executions of a particular day could have taken a completely different form from ones the day before.”

Samuelsson is not the first to disagree with the traditional depiction of Jesus’ death. The Jehovah’s Witnesses, for instance, argue that Jesus did not die on a cross but a pole. And art-historians suggest that the way we view the crucifixion only began to be shaped in the 4th-5th centuries CE.

Samuelsson is not completely off-base. The Greek word staurō was not necessarily a technical term for killing someone on a wooden crossbeams or pole. The word was commonly used to describe putting up posts or creating an area enclosed by stakes. Then notion of “to crucify” is rare (TDNT, 7:581). Consequently, the word would have been used to describe someone putting up a fence around their vegetable garden, which does not infer an executed cabbage.

The word became technical when it entered into early Christians usage. Jesus’ execution as the focus of the passion narratives and Paul’s letters impregnated the term with theological meaning. And while we are accustomed to this today, it would have seemed very strange to those living in the first few centuries after Jesus’ death. The idea of an execution device as the defining symbol of one’s religious belief must have been quite shocking if not silly to those who encountered it. Paul himself admits as much (1 Cor 1:22-25) But Christian usage of the symbol and the terminology reinvented it completely.

Larry Hurtado has added some important points to this discussion. He notes "that art-historians typically fail to consider an intriguing Christian scribal device found in several NT manuscripts datable to ca. 200 CE (i.e., 150-200 years earlier). This is the so-called “staurogram”, which is a device formed by superimposing the Greek capital-letter “rho” over the Greek capital-letter “tau”. (The rough result can be achieved if you superimpose our capital “P” on top of our capital “T”.) The device wasn’t invented by Christians, for there are lots of examples of its use earlier. But the Christians adopt the device and give it their own distinctive meaning/function. In all the earliest uses, the device appears in these texts as part of the way the Greek words ”cross” (“stauros”) and “crucify” (“stauro-o”) are written. The proposal that I support is that the device is intended as a pictographic representation of the crucified Jesus (the loop of the rho a pictographic depiction of the head of a figure on a T-shaped cross)."

The media has certainly enjoyed the hype generated by this topic. But time will tell if Samuelsson’s thesis will be refuted or change the way we think about how Jesus died. In the mean time, I don’t see any need to rush out and change the central symbol of Christian theology. In the end, does it matter if Jesus was crucified in the manner in which we often imagine it? Is not the central message of the “cross” the work of Christ to reconcile creation to its creator?

You may be interested in reading a recent review of David Chapman's: Ancient Jewish and Christian Perceptions of Crucifixion.

What is your learning style? 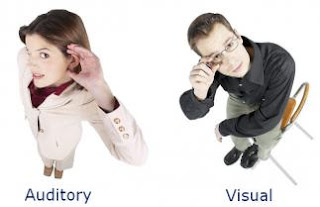 Wisdom from the Sages

In this age of shifting educational philosophies and methods I hear a lot about various learning styles. It seems that I am expected to find a way to deliver information to a variety of types learners. This means I am constantly asking myself if I should use PowerPoint, a YouTube video, a podcast or just go for the traditional lecture. All of this, no matter how frustrating at times, helps to make me a better teacher. But I was reminded recently that the student shares some of the burden in the learning process. This reminder came not from some modern professor with a PhD issuing ever changing directives on learning styles, but from the ancient rabbis.

Pirkei Avot is the collected sayings of the rabbis from the first centuries of the common era. From time to time I read through this slim volume to benefit from the wisdom of these ancient sages as they comment on Scripture, Jewish Law and life in general.One of my favorite quotes is about the four type of students. It reads:

There are four types among those who sit in the presence of the sages: the sponge, the funnel, the strainer, and the sieve.

"The sponge," who soaks up everything. "The funnel," who takes in at this end and lets out at the other. "The strainer," who lets out the wine and retains the dregs. "The sieve," who removes the coarse meal and collects the fine flour.

Do we soak it all in uncritically?
Does it go in one ear and out the other?
Do we attempt to sort it but only end up holding on to that which is useless?
Or do we carefully sift through everything we read, hear and learn to determine not only what is true but also helpful and even edifying?

You may already know your learning style. But what kind of student are you?

If you are interested in reading more from the sages click here.
Posted by John Byron at 6:00 AM 4 comments:

Which commentary should I buy? 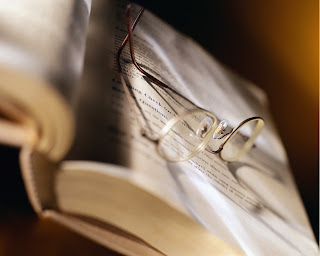 From time to time I am asked by students which commentary series they should buy. My answer is always the same. Don’t buy an entire series unless you are getting an irresistible deal! I speak from experience.

When I was in seminary I bought all of the then available volumes in a respected series. But I soon discovered that there were some duds. Every series, no matter how well respected, is going to have some volumes that are disappointing. Furthermore, not every commentary is suited for every task. Like a set of screwdrivers or drill bits, you need different tools for different jobs. While the Word Biblical Commentary series may provide some great linguistic and exegetical insights, you are not going to get the type of modern day application for preaching that you will find in the NIV Application series. In fact, like your home toolbox, you will probably need both and will use both at the same time; sort of like using your hammer with a screwdriver (with apologies to Craftsman tools).

Rather than buy every volume in a set, investigate and find out which ones are the best of the lot and buy those ones. Your bookshelf will not look as cool as it would with all those matching dustcovers, but you will benefit from a variety of approaches which will enrich your study as you prepare to teach and/or preach.

If you want to know more, Bill Muehlenberg provides a good summary in an article in Christianity Today: How to Pick a Good Commentary.
Posted by John Byron at 6:00 AM 2 comments: