Infertility and the Bible 4: Options Available to the Childless 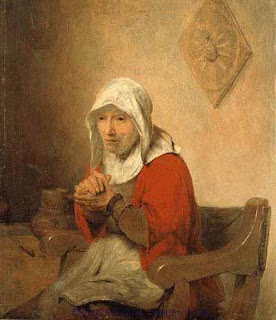 As noted in the introduction, it is not always appreciated that the childless woman was in a situation of powerlessness to alter her circumstances. Medical treatments were few to non-existent and would require financial means. Thus compounding the feeling of powerlessness by the childless couple/woman would be the reality of limited resources especially for poorer individuals. Nonetheless, the importance of children to the family structure meant that there were a number of options of which the childless couples/women could avail themselves.

This week we will begin looking at the various options available to the childless woman/couple. We begin with prayer.

Appeal to the gods

Among the options available to the childless couple, the first, and probably least costly, would be an appeal to the gods. As mentioned above, several prayers are preserved from Mesopotamia which appeal to the gods to provide the petitioner with a child. In a prayer to Ishtar a woman says: “Grant me a name and descendants, let my womb be productive”.[1] A Sumerian proverb reflects on the presumption of the deity’s necessary involvement when it says: “Marrying several wives is human, getting many children is divine”.[2] This sense of dependence on the gods is emphasized in the Hittite Story of Appu who was a wealthy man, but had no children. He appeals to the Sun God to help and the story concludes with the god granting him children.[3]

In Egypt domestic deities included Bes and Taweret who not only provided protection over the household, but were strongly connected to pregnancy, childbirth and newborn infants. Bes is often depicted unclothed with his genitals exposed while Taweret usually has a swollen, pregnant belly. Both were often depicted in temple scenes depicting a king’s birth. Amulets in the form of the two deities have been found in excavations and were probably worn by women during pregnancy.[4] In addition to Bes and Taweret was the goddess Hathor who was also connected to fertility and childbirth and whose name is frequently included in prayers and hymns.[5]

The Hebrew Bible also focuses on the need for God’s help in bearing children. Several times a narrator will relate that it was God who either opened or closed a womb (Gen 16:2; 20:18; 1 Sam 1:5). Prayer for fertility is recounted on at least two occasions in the Bible. In Genesis 25:21 we read that Rebekah was barren, but that her husband Isaac prayed for her and God opened her womb. Hannah asks for and receives a son from God in a prayer that includes a vow (1 Sam 1:10-20). Although no prayers for fertility are attributed to Leah and Rachel, the narrative implies that this was the case. Genesis 29:31 notes that since Leah was unloved God opened her womb, implying that, while not specifically identified as barren, she had not yet been able to have children and had perhaps asked for God’s help. When Rachel, who is identified as barren by the narrator, gives birth to her first child it is because God remembered and “listened to her” again implying prayers for fertility (Gen 30:22). In each case it is apparent that conception is considered a gift from God that must, at times, be sought after when it does not seem that God has blessed the woman/couple with children.