8 more things NOT found in the Bible 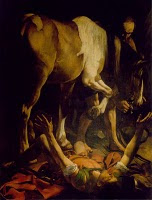 Last week’s post Urban Legends about the Bible generated a lot of attention. So I thought I would list some other things commonly thought to be in the Bible.

This is the easiest and probably more well-known one. We are not told how many wise men there were or their names. The number three is associated with the gifts listed: gold, frankincense and myrrh.

Saint Paul was knocked off his horse on the Damascus road

Nope, it doesn’t say that. It’s not there. I regularly offer my students a $1,000 if they can show me where it says he was riding a horse. Artwork will sometimes depict Paul on a horse, but the Bible does not.

Spare the rod and spoil the child

God helps them who help themselves.

Not only is this not in the Bible it’s bad theology. It has been around a long time, however. One of its earliest known expressions is from the Aesopian fable, Hercules and the Wagoneer where it is quoted as “The gods help those who help themselves.

Cleanliness is next to godliness

Not in the Bible nor does it make sense. While the Bible (esp. Leviticus) has a lot to say about cleanliness and hygiene, it is not intended to make one closer to God but instead to indicate that the Israelites were separated from everyone else for God.

While these certainly sins that Scripture condemns, they are not found in in any such grouping. The seven sins originated in the writings of medieval theologies and have been remarked upon by such personages as Pope Gregory the Great, Thomas Aquinas, Geoffery Chaucer, and John Milton. The closest, similar type of grouping is found in Proverbs 6:16-19. However, the “sins” are not the same and while God hates them it is not clear that they are deadly.

The Apple in the Garden of Eden

There was fruit from the tree of knowledge of good and evil (Genesis 2, 3), but we do not know what kind of fruit it was. The apple grew out of Christian tradition and may have been a result of artists trying to depict The Fall. It might also have come from the Latin word for evil ("malum" = evil / "malus" = apple).

God helps those who help themselves

This very common phrase comes from Algernon Sydney, who wrote it in an article titled Discourses Concerning Government. It was then popularized by Ben Franklin in 1757 in Poor Richard's Almanac.

Moderation in all things

This idea behind this phrase originates from Aristotle's ethics and the direct quote comes from Rome, several hundred years before Christ. Two different Romans are generally given credit - one named Terence and the other Petronius.

What others can you think of?