The Myth of the Church's Golden Age 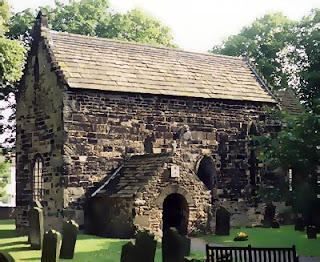 From time to time in my classes or in other venues, I will hear students or other believers wax nostalgic for the "New Testament church." Invariably what they mean is a desire to get back to the way the church was in the first century before it went and got all messed up. They desire that early, pure form of community that was evident among the first disciples and followers of Jesus which was then handed down to second and third generation followers of Jesus. Sometimes they don't restrict this nostalgia to the first century, but allow it to extend into the fourth century; before Constantine went and messed it all up.
I refer to this nostalgia for the past as the "myth of the church's golden age," this idea that there was ever a time when the church was in a form that was closer to what God intended. This is similar to the mythic America of the 1950s. The idea that this was America's golden age and that everything was wonderful until the evil 1960s. Has anyone ever heard of McCarthyism? The Red Scare? Korea? Brown verse the Board of Education? This was most certainly not the golden age of America.
And the church in the first century was also not living in a golden age. Whenever I hear someone pining for the Days of Ole, for the true, New Testament church I ask them: which one? Which "New Testament church" do you want to be like?
Do you want to be like some among the Thessalonians who were so excited about the second coming of Christ that they decided it was no longer necessary for them to work and began to live off of others?
Or the Galatian church where some were trying to line up the male believers for adult circumcision?
How about the Colossian church where the people seem to enjoy a variety of teachers whose teachings were making life more restricting for them?
An even better example would be the Corinthian church. Who wouldn't want to be a member at a church that was split by various factions, where worship services resembled a circus, communion was dominated by the wealthy and a prominent member of the congregation was openly sleeping with his step-mother?
We could wonder if the problem was just among Paul's disciples, but a quick look at 1 John and we realize that we were not the first Christians to perfect the art of the church split.
Some will suggest that the best example of the "New Testament church" is found in Acts where everyone met in homes and held all things in common. To which I respond, yes, and they also had elements of racism when the Greek widows were not being taken care of. And let us not forget the case of Ananias and Sapphira who not only lied to the church about their offering, but received an instant death warrant because of it. Not exactly the kind of things you want to use to attract new members.
The fact is, there never was a golden age of the church. The New Testament church was just as messed up as the 21st century church. And I take that as an encouragement rather than a rebuke from the past. The early church was full of greedy, bickering, sinful people who did not get along with each other, did not listen to their leaders and even split off from one another when disagreements became too heated. And sometimes their leaders said bad things about each other. Let's not forget that all of Paul's opponents were not non-believers, but followers of Jesus who happened to disagree with the apostle. Not unlike what we experience today.
So the next time you hear someone waxing nostalgic for the "New Testament church" ask them which one they mean.
Posted by John Byron at 12:00 AM