Ok, this is not only down right silly it is irresponsible. Lead Tablets Reveal Jesus was Gay. 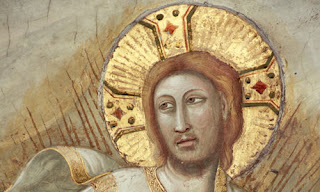 Amid all of the hype over the lead tablets, that few have seen and more and more or concluding are fake, the Guardian puts out this bit of fantasy. Michael Ruse has a short piece in which he imagines that the tablets provide evidence that Jesus was an openly gay man. Oh yeah, Ruse has not read the tablets. But it is ok to speculate. Talk about trying to sell papers!
The whole situation has gotten out of hand with people declaring this could be the biggest find since the Dead Sea Scrolls and revealing "secret information" about Jesus. This is an irresponsible way to handle any news story whether it be the Bible, politics or a disaster. Come on people!
Here is Ruse's little fantasy. Anyone else want to "imagine" what might be in the tablets? I am hoping they will reveal the location of the Temple Scroll's buried treasure. Now that would be exciting.

The most astounding finding from the newly discovered lead codices is that Jesus Christ was unambiguously and openly gay. He and his disciples formed a same-sex coterie, bound by feelings of love and mutual support. There are recorded instances of same-sex activity – the "beloved disciple" plays a significant role – and there is affirmation of the joys of friendship and of living and loving together.

A whole new complexion is given to that rather puzzling passage where Jesus exhorts his followers to break family ties: "If any man come to me, and hate not his father, and mother, and wife, and children, and brethren, and sisters, yea, and his own life also, he cannot be my disciple." (Luke 14, 26). It seems clear now that this is less a negative repudiation of family and more a positive exhortation to join in affirmation of a gay lifestyle and love.

There is at least one new parable, that of the two young men. There are clear echoes of the relationship between David and Jonathan, for Jesus speaks of one young man having his soul "knit with the soul" of the other, and loving him "as his own soul". Intriguing is evidence that the Catholics might be closer to the truth about the status of Mary, the mother of Jesus, than are the Protestants. She has a much bigger role in the life of Jesus than many hitherto expected, with Jesus frequently returning home and making much of her.

Conversely, there is at least one incident when Jesus quarrels violently with Joseph, who shows great hostility and makes wild claims about "manliness". Before, one might have thought that, given Mary's virginity, Joseph's attitude was reflecting the ambiguities of his status in the family; but now it seems more probable that we have here a classic example of the Freudian triangle: over-possessive mother, hostile father, gay son.

Why have we known so little about all of this before? A newly discovered Pauline epistle, appropriately to the Athenians, suggests a major Platonic influence, particularly of the Republic. The classically educated Paul, who was himself gay, saw that same-sex activity was inimical to the success of Christianity in the highly homophobic societies in which he lived. Hence, same-sex affections and activity were concealed, to be known to and practiced by only the leaders in secret – the guardians of Christianity as one might say. Obviously, this is a tradition that has flourished and lasted. It is not by chance that John Henry Newman is being made a saint.

Finally, the most important news is that nothing in the newly discovered codices challenges in any way the essential message of Christianity. Jesus was the messiah; he died on the cross for our sins; and through his death and resurrection made possible our eternal salvation. Our overriding obligation is to love God and we do this by loving our neighbors as ourselves. Christianity will never be the same again. Christianity will go on completely unchanged.

Email ThisBlogThis!Share to TwitterShare to FacebookShare to Pinterest
Labels: Rants