The ongoing story of the lead codices: It is looking more and more like they are fake 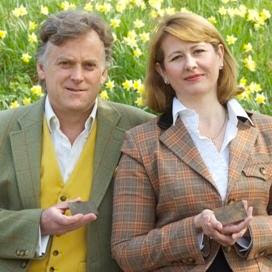 Ian Paul has a nice summary of the latest intrigue and controversy swirling around the lead codices that David Elkington claims contain hereto unknown information about Jesus and early Christianity. In particular is an article in the Sunday Times by Peter Thonemann, Professor of Ancient History at Oxford University.
Thonemann was contacted by Elkington last September and asked if he would join Philip Davies and Margaret Barker as they examined the yet to be announced discovery. Here is what Thonemann has to say.

The mystical kabbalistic inscriptions on Elkington’s copper codex turned out to be mechanical copies of a line from an ancient tombstone. It is as though it carried the words: “or not to be that is the question whether”. Now, if you were looking to produce a plausible-looking sequence of letters in an ancient language, you could do worse than to pop into the British Museum, pick a stone and copy the letter-shapes. I replied to Elkington informing him that this particular “codex” was a modern forgery, produced by a resident of Amman within the last fifty years or so.

Nothing dismayed, Elkington and his colleagues seem to have decided to go ahead and publish their finds. To judge from the photos which have appeared in the press over the past week, all of these supposed early Christian codices are the product of the same Amman workshop as the book I saw last year. The forger’s repertoire is fairly predictable: pseudo-Christian symbols copied from ancient Greek and Judaean coins (palm trees, Hellenistic kings and so forth) interspersed with gibberish-inscriptions clumsily adapted from real ancient texts, Greek and Hebrew.

You can read everything that Theonemann has to say over at the Sunday Times. It looks like it will only be a matter of time before this story goes under the media's radar and the truth about the tablets, whatever that may be, will come to the light.
In the mean time what can we learn from all of this? Ian Paul offers some lessons for Christians, scholars and journalists.
Posted by John Byron at 9:09 PM