Hebrew and the New Testament Scholar 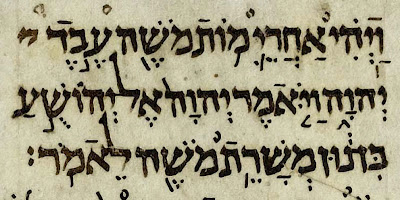 I have been in Israel for the last two weeks participating in the Tel Gezer excavations. This is my second time and this time I am here as staff. I am the camp manager which means that I keep things going and make sure that everyone gets to the dig on time every morning.
One of my main duties includes shopping every other day for breakfast items. We have sixty people here and we feed them breakfast at the Tel each day at 8:30. One thing this job has helped me to realize is the limitations of my Hebrew. I find that I go into one shop and I converse and do fine, but the in the next shop I am lost. I took two sections of modern Hebrew in 1998 and I took several courses in biblical Hebrew. But I am simply not prepared to talk to the woman behind the counter about how I want the 6 kilos of cheese packaged that I just bought.
Being in Israel with some knowledge of Hebrew can be frustrating. I can read most of the signs and if I don't know all the words I can usually get by. And of course all road signs are in English as well as Hebrew and Arabic, so I can get from point A to point B with relatively little difficulty. But don't ask me how I want my cheese packaged or any number of other questions that I don't I understand. What you realize very soon is that although you can survive you can't thrive and there is a lot going on around you that you simply will never get until you understand the language.
I think there are some parallels here for New Testament scholars. I know a number of them who cannot read Hebrew. They can use a lexicon and they might have a primitive grasp of the language, but they really don't know it and would struggle to sit down and simply read the text. In short, they would not know how to tell someone how to package their cheese. Like me in the grocery store, there is a lot going on around them in the biblical text, but they are not understanding it. They are surviving but not thriving.
I know the above scenario to be true because about 4 years ago I realized I had let me Hebrew slip. And I decided that it I needed to get a better grasp of it and I have been working hard ever since. The more I read my Bible in Hebrew the more I enter into the world of the author and the text. I am seeing things that I cannot in the English. My work in Cain and Abel traditions was much richer because of my grasp of the Hebrew text.
Now some would argue that Hebrew is not as important as Greek for the New Testament scholar. After all, the New Testament authors quote mostly from the Greek Old Testament, not the Hebrew.
But while this is true, there are times when it seems clear that a NT author who quotes the Greek OT also is aware of what is going on in the Hebrew. For instance, in Romans 1:17 Paul quotes Habakkuk 2:4 "the righteous shall live by faith." The Hebrew version says "by his faith" and the Greek "by my faith." Paul does not quote it like either of these texts. But his context suggests that he understands it to be God's faithfulness when he introduces the quote with a claim that God's righteousness is being revealed. So while he may be quoting the Greek, he seems quite aware of what is going on in the Hebrew. Similarly, there are times when it is clear that Josephus is using the Greek Old Testament that he is including details only found in the Hebrew. And of course I could also mention all of the material among the Dead Sea Scrolls that help us to better understand the matrix of the New Testament. Not knowing Hebrew means once again being tethered to an English translation and, consequently, someone else's interpretation of that text.
So I would encourage my colleagues in New Testament to retain and strengthen their Hebrew so that they can thrive and not just merely survive. so that when they read their Bible they won't be like me in the grocery store, wondering what all is going on around me.
Posted by John Byron at 8:12 AM