Is the 2011 NIV feminizing the Bible? 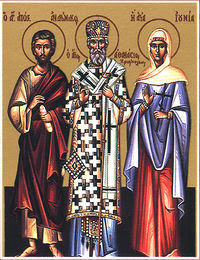 The 2011 NIV was released late last year and like the TNIV it is not without its critics. The TNIV was panned by some who took issue with the gender inclusive language used by the translation team. The critics were so successful that the publisher could hardly give the Bible away.

In response to the criticism, the translation team went back and reconsidered some of the work done on the TNIV including the gender inclusive language. But apparently not enough work, however, since the Southern Baptist Convention condemned the Bible in June.

Another critic has been the Council on Biblical Manhood and Womanhood. Among the issues that CBMW has with the 2011 NIV is the way Romans 16:7 is translated. It reads:

Greet Andronicus and Junia, my fellow Jews who have been in prison with me. They are outstanding among the apostles, and they were in Christ before I was.

The translation is, for the most part, acceptable. The Greek word that has been translated as “my fellow Jews” is also translated as “my kinsmen” in the KJV and the NAS while the NRSV reads “my relatives.” The other translations are all possible and correct. The Greek term here can mean either relative, kindred or kinsman. But to extend it to suggest that these individuals Paul addresses here “Jews” is more interpretive than I would be comfortable with since we really know next to nothing about them.

But where CBMW take issue is with the way the 2011 NIV makes these two people to be a man and a woman. Here is what the CBMW evaluation has to say about this.

This verse changes "Junias" (a man's name) to "Junia" (a woman's name; the Greek spelling could refer to either a man or a woman), and now says that "Andronicus and Junia" are "outstanding among the apostles," thus making the woman "Junia" an apostle. This is a highly disputed verse, but the NIV now clearly gives more weight to the feminist argument that says there was at least one woman apostle, and if a woman could be an apostle (like Paul or Peter, presumably), surely women can be pastors and elders as well.

Some other recent evangelical translations also translate this name as "Junia" (a woman), but at least three conservative translations do not then make Junia an apostle. Based on what we at CBMW think to be a better understanding of the Greek phrase episēmoi en tois apostolois, both the ESV and the NET Bible say that Andronicus and Junia are "well known to the apostles," and the Holman CSB says they are "noteworthy in the eyes of the apostles." Thus, the apostles recognized Andronicus and Junia, but they were not themselves apostles. (The new NIV also gives a similar reading to this as an alternative in a footnote.) We recognize that there are other explanations for this contested verse, but it still should be noted that, in contrast to three other recent evangelical translations, the new NIV adopts the translation strongly favored by feminists, apparently making Junia an apostle.

Although the Greek term apostolos that is used here can sometimes have the weaker sense "messenger" (see John 13:16; Phil. 2:25), the new NIV does not give that as an alternative translation at Romans 16:7. Moreover, the English word "apostle" everywhere else in the new NIV refers to the absolutely authoritative messengers of Christ like Peter and Paul, and therefore readers of the new NIV will be led to conclude that women could be apostles of such stature - just like Junia.

Now, if you read the above carefully you will note that they concede that the name could be either male or female. The problem, for the CBMW is that this verse suggests that women could be apostles in the early church. But let’s look at some other evidence.

There is more that can be said, but this post is already getting a bit long. It is clear, however, that a decision on the translation/interpretation of this verse cannot be on the meaning of the Greek alone. The name here can be either male or female and thus we must depend on our information from outside of the Bible to make an informed decision. The weight of the evidence, however, is against the CBMW and in favor of the 2011 NIV. Junia was most likely known as an apostle and the 2011 NIV is not part of a feminist attempt to give biblical evidence for women pastors. The NIV is doing responsible transaltion work.

If you are interested in this subject I can recommend a good book, which has helped to inform my own thinking on the topic: Eldon Epp Junia: The First woman Apostle (Fortress, 2005).