Mel Gibson to make a movie about Judas Maccabee 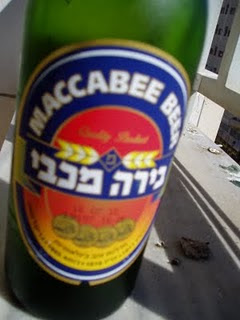 You read the heading correctly folks, the man who brought us the story of Jesus with more beatings and blood than a Wrestle Mania event now wants to bring to the screen the story of Judas Maccabee, hero of the Jewish people.
Judas, along with his father and four brothers, began a rebellion against the Syro-Greek rulers of Palestine when said rulers tried to destroy the Jewish religion. Then ruler Antiochus Epiphanes IV sacrificed a pig on the altar in Jerusalem, forbid circumcision and attempted to force all Jews to eat pork. The Maccabees rebelled against Antiochus and eventually prevailed. Their success in the war and the restoration of the temple is remembered to this day in the Jewish holiday of Hanukkah.
Gibson apparently finds this an inspiring story that needs to be told on the big screen. Here is what one report had to say:

He has long wanted to make this film about heroic Jews, and it was discussed even when he was under fire after his drunken anti-Semitic rant during a 2006 Malibu arrest. Maccabee’s triumph and struggle against tyranny and oppression where people gave their lives so that others would be free to worship is celebrated by Jews all over the world through Hanukkah, the Festival of Lights. This subject matter is a decided departure for the filmmaker famous for directing The Passion of the Christ.

Gibson is the man, of course, whose film the Passion of the Christ caused him to respond to charges that the movie was anti-Semitic. And then, in 2006, Gibson was arrested for drunk driving and at that time made some apparently anti-Semitic remarks which forced him to apologize for his rant. And that is what makes this all so ironic. Maccabee is not only an important hero of the Jewish people, it is also the name of a popular beer in Israel (see pic). One wonders, then, where Gibson got his inspiration for this film? Since the meaning of Maccabee in Hebrew is "hammer" one wonders what condition Gibson was in when he decided on the subject of his next film.
In any case, it promises to be an exciting film. I imagine the hero will resemble William Wallace (Brave Heart) and Benjamin Martin (The Patriot) with a yarmulke and circumcision. Of course he will have to work hard here to outdo the blood letting and violence he brought us in the Passion of the Christ and Apocalypto.
Posted by John Byron at 12:00 AM