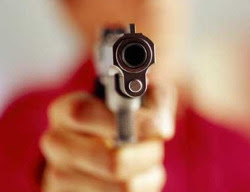 As you may know, I am uncomfortable with the Evangelical label. I often bristle when I or something I am associated with is labeled as "Evangelical." While I would describe my faith as historically evangelical, I do not subscribe to most of what is attributed to Evangelicalism today. I have sometimes suggested that we need a new label since this one has been hijacked.
And I am not alone.
Over at The Burner, Kurt Frederickson has described himself as an Evangelical that has been robbed. Here is some of what he has to say.

I am an evangelical. It defines the way I think (my orthodoxy), how I act (my orthopraxy), and how I relate to God, to others and my world (my orthopathy). This is a joyful and hopeful way of being a Christian. An evangelical loves God greatly, and seeks to serve others and bless the world. An evangelical is eager to engage in a community of faith that worships and encourages discipleship, and engages in mission around the world and in a neighborhood. This is that faith that is part of my heritage. This is the brand of Christianity that I have chosen. I am proud to be an evangelical.

But a crime has been committed. I am an evangelical, and I have been robbed.

American culture is eager to talk about religion, and this becomes very apparent as national politics heat up. In this cycle, I am hearing the term “evangelical” bantered around more frequently. Unfortunately this term is used to describe a wide range of people:

I am proud to be an evangelical both theologically and genealogically, but the term has been hijacked.

You can read the whole article here.
Posted by John Byron at 12:00 AM