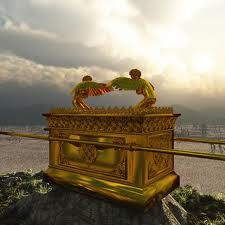 Unsurprisingly, I have my doubts that they have found either. But hey, who knows. Maybe Alexander the Great found the Ark of the Covenant, opened it to look inside and got killed? Too bad he never saw Raiders of the Lost Ark. He would have known not to look!
Updated Post! Apparently the Ark of the Covenant was part of an alien manna machine.
HT: Joel Watts.
Posted by John Byron at 8:42 AM