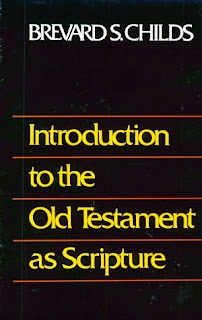 Ok, this week's giveaway is an oldy but a goody.
For those you familiar with canonical criticism and the works of Brevard S.Childs you know that whether you agree or disagree with his conclusions, this a a volume worth having on your shelf.
So, dear friends, I am giving away a new copy of Child's Introduction to the Old Testament as Scripture (Fortress, 1979). Here is the blurb.

This Introduction attempts to offer a different model for the discipline from that currently represented. It seeks to describe the form and function of the Hebrew Bible in its role as sacred scripture for Israel. It argues the case that the biblical literature has not been correctly understood or interpreted because its role as religious literature has not been correctly assessed.

I will choose a winner on Sunday, May 22nd. The winner will then have five days to send me their details.
Good luck!
Posted by John Byron at 12:00 AM 23 comments:

What we need to do after the rapture doesn't happen. 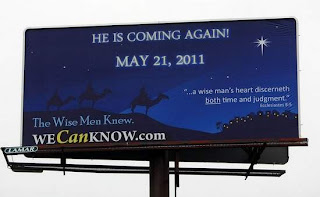 I imagine that by now there are few who have not heard about the rapture prediction for this Saturday, May 21st. Those who have not yet heard about it probably will after it doesn't happen at 6:00 pm as is being predicted. The blogosphere is full of commentary on the whole thing and newspapers are running stories about it (I was interviewed by the Akron Beacon about the prediction). And in this age of Social Media, Facebook even has a group you can join to participate in the “after rapture looting.”

It is easy to shake our head and laugh at those who are promoting this chaos and poke fun of those who are following them. But I wonder if there is a better, more pastoral, dare I say Christian way to handle all of this? I am not sure how many people really believe that the beginning of the end of the world starts at 6:00 pm on Saturday (read about one man), but I do know that there will be some disappointed, embarrassed, even angry people at 6:15. When the rapture does not happen, and I don’t think it will, there will be a group of people wondering how they could have gotten it all so wrong. Some will certainly react against the prognosticator. Others will rally around him, protect him and perhaps even set another date. Many will go back to what they were doing before all the hype or perhaps, like the Millerites of the 19th century, they will go on to start a new movement.

But there will be some who see this as proof that Christianity is a fraud and perhaps even conclude that God either doesn’t exist or doesn’t care about them. It is at this point that those of us who have watched, laughed and shook our heads in disbelief will need to cease making jokes at their expense and come alongside of them to help encourage and build them up. This is, after all, what Paul commanded the Thessalonians to do when he confronted a similar situation.

In 1 Thessalonians 4 and 5 (ironically where the idea of the “rapture” originates) Paul deals with a group of believers who are in a state of confusion about the return of Christ. It seems that some have died already and they fear that the dead have missed out on the resurrection and Christ’s return. Paul encourages them in chapter 4 that the dead have not missed it, but in fact will precede the living when it comes time to meet Christ. Paul then goes on to explain in chapter 5 how believers are to live as they wait for the ‘day of the Lord.’

Later on in the same letter Paul addresses some items to the leaders of the congregation in Thessalonica (5:14). In addition to warning the disorderly, leaders are to do three other things.

First, they are to comfort/console the fainthearted. The Greek for fainthearted here literally means “small soul.” When combined with the verb, we see that the leader is to be a counselor, a help to those who are struggling on the inside. It seems that Paul recognizes that there are those in the church who are not as strong as others and will need to be comforted rather than chastised for their small soul.

The second thing he commands these leaders is to “help the weak.” Here “weakness” perhaps refers to those weak in faith (see Rom 15:1). In 1 Cor 8:7-14 the “weak” are those who struggle with the idea of eating meat sacrificed to idols. Although Christians, they apparently still believe in the existence of other gods and this is a stumbling block for them. Paul recognizes that there are some who are not theologically on the same page as others and rather than laugh at those “weak” people he commands that those who “know better” to sacrifice their own rights for those whose faith is not as strong. Paul encourages leaders to help the weak.

Finally, Paul says that they should have patience with everyone. That is asking a lot. People have a way of getting under our skin. But it is even more so the case when they are fellow believers who are causing unwanted attention to the church for all the wrong reasons. Paul asks us to be patient with everyone.

So as Saturday comes and goes keep in mind that this not the first time the church has confronted this type of situation. And it probably won’t be the last. What is important to remember, however, is how we are to respond. We are to encourage and build each other up, to help console the discouraged and help those with frail faith. And we need to be patient with them. If they are among those waiting for Saturday with anticipation, they will need the church to gather around them not abandon them.

How to Prepare for the Rapture 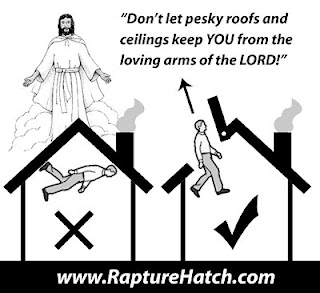 I have steadfastly resisted posting anything snarky about the May 21st rapture prediction. But the cartoon and video was too good to resist. So if you are planning on being taken up this Saturday you may want to watch this first so that you know how to prepare yourself and for those who might be left behind. Enjoy!
Thanks to the Echurch blog for bringing this to my attention.
Posted by John Byron at 12:00 AM No comments:

This is your brain on Christianity. Any Questions? 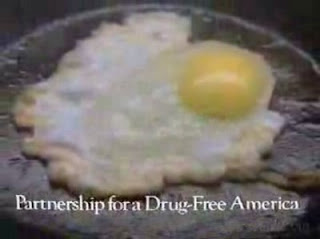 Remember the anti drug campaign that showed you an egg frying while the announcer said “this is your brain on drugs”? Well, apparently “brain rot” is a problem among the religious, but is not as significant if you are part of a mainline, protestant denomination.
A recent study at Duke University Medical Center has recently revealed the results of a study of brain scans done on elderly patients. What they discovered is that “brain rot” happens faster among those who were religious, but is slower for those who are part of mainline, Protestant denominations. Here is what the study says: 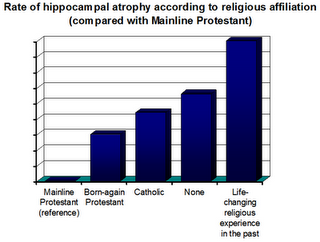 "As you can see in the graph, the rot was slowest in mainline Protestants, faster in born-again Protestants and Catholics, and faster still all in those with no religion. The group who fared worst were those who had experienced a 'life-changing' religious event sometime in the past.
The authors put this down to the stress of being in a minority group. It's known that high levels of stress can increase the rate of hippocampal rot."

Better hope that recent converts don’t read the line about “recent life-changing religious event.” We will have all kinds of people leaving the church.
Interesting that the study says nothing about other religious groups like Islam, Judaism, Hinduism, etc. Maybe their brains don’t rot?
You can read the whole article here.
Posted by John Byron at 9:28 AM 7 comments:

Pseudonymity and the New Testament: A Problem for Scholarship 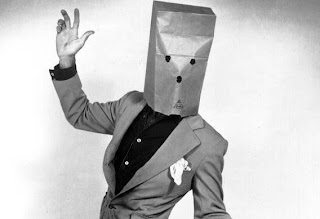 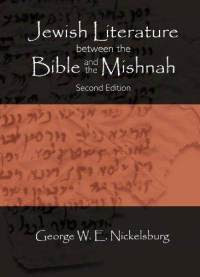 Congrats to Myrto Theocharous!
She is the winner of this week's book giveaway. She wins
George W. E. Nickelsburg's Jewish Literature between the Bible and the Mishnah (Fortress, 2005).
Myrto has 5 days to contact me at jbyron@ashland.edu at which time I will send her the book.
Didn't win this time? Check back again soon!
Posted by John Byron at 9:00 PM No comments: