Defending Our Motives in Ministry: 1 Thess 2:1-7 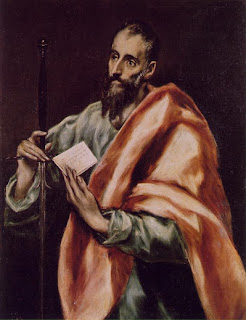 I continue with my series on the Thessalonian correspondence. Today I look at 1 Thessalonians 2:1-7.

1 You know, brothers and sisters, that our visit to you was not without results. 2 We had previously suffered and been treated outrageously in Philippi, as you know, but with the help of our God we dared to tell you his gospel in the face of strong opposition. 3 For the appeal we make does not spring from error or impure motives, nor are we trying to trick you. 4 On the contrary, we speak as those approved by God to be entrusted with the gospel. We are not trying to please people but God, who tests our hearts. 5 You know we never used flattery, nor did we put on a mask to cover up greed—God is our witness. 6 We were not looking for praise from people, not from you or anyone else, even though as apostles of Christ we could have asserted our authority.  7 Instead, we were like young children among you.

No one likes having their motives questioned or accused of harboring a hidden agenda. But it happens in ministry more than we would like to admit. A pastor says or does something she believes will be helpful for the congregation and is accused of making a power play or being dishonest. The energy she wants to put into ministry ends up directed at defending herself and her integrity. Paul’s words in 1 Thessalonians 2 helps us realize that having to explain, or even defend, one’s motivation and ministry approach is not new. These kinds of questions have been asked since the earliest days of the church. This means that modern ministers of the gospel should not be surprised when they are asked to explain themselves. They are not the first and certainly won’t be the last to have their motives questioned.

Evangelist George Whitefield (1714 – 1770) knew what it was like to minister in the face of opposition. Whitefield is sometimes called the father of modern Evangelicals. While we might debate the accuracy of this description, many agree that he laid the ground work for such American preachers as Charles Finney, D.L. Moody, Billy Sunday and Billy Graham. But like the Apostle Paul, he often ministered in the face of opposition with some questioning his motives. During his life and ministry Whitefield had rotten eggs and pieces of dead cat thrown at him, received death threats and once was nearly stoned to death. Sometimes people would gather with drums and trumpets trying to drown out his preaching. The press didn’t help either. Newspapers in Boston wrote that he was a “Peddler in Divinity,” a “Spiritual Pickpocket” and suggested that local laws instituted for “Pedlars in Trade” (i.e. Salesmen) be used to regulate Whitfield and his ministry. But probably the most distressing to Whitefield was the opposition he received from his friends John and Charles Wesley. A doctrinal dispute pitted Whitefield against the Wesleys in what became a very public feud and ended up costing him a number of supporters. To his credit, Whitfield recognized that, in spite of the opposition from his friends, God alone saw the true motives of his heart.

It is good for me that I have been supplanted, despised, censured, maligned, judged by and separated from my dearest friends. By this I have found the faithfulness of Him who is the friend of friends . . . and to be content that He to whom all hearts are open . . . now sees . . . the uprightness of my intentions to all mankind.

Like Paul, Whitefield handed his case over to God and believed that in the end God would be the one who vindicated him, his motives and his ministry.

As we look at Paul’s words to the Thessalonians here there are some things that we can apply to our ministries for those times when we are facing opposition or questions regarding our methods or motives. Most will not be beaten and thrown in jail like Paul and Silas or have pieces of dead cat thrown at them like Whitfield, although those types of actions and worse cannot be ruled out in some places in the world where the gospel is preached. But regardless of the source and shape of the resistance, Paul provides a model for responding.

One thing Paul doesn’t lose sight of here or in his other epistles is the call of God for him to preach the gospel. He and the others are confident that God called them to do this, and they put their trust in God not the people to whom they are ministering (2:4). I suspect that Paul’s experience on the Damascus road never left him. His encounter with Jesus and his commission to the Gentiles is what helped keep him going (Acts 9:1-19). Compounding this was the vision Paul received one night of a man asking him to come to Macedonia (Acts 16:9-10). I imagine being beaten and imprisoned in Philippi and run out of places like Thessalonica and Berea Paul and the others might begin to question whether or not God really had called them to preach the gospel here.

The central thing to keep in mind is that your ministry is your calling. It is not just a job. Granted, it may be the primary way in which your support yourself and your family. But it can’t be viewed primarily as an occupation. It’s not unusual today for people to have two or three careers. For some that second or third career is the ministry. God calls them from business, military or some other occupation. The difference, however, is your knowing that God called you to it. It is not something you do to pay the bills and look forward to the weekend and the next vacation. In many ways, it helps to define you.  If we approach ministry with the attitude of “I was looking for a job when I found this one” then we won’t be able to endure the challenges of ministry, and there will be some!

Like Paul, we need remember that ultimately it was not a particular denomination or mission board that called us to ministry. It was God who touched our heart and told us to “go.” A pastor friend told me that there were times over thirty years of ministry that being able to go back in his mind and heart to the call God laid on him was the only thing that stopped him from walking away sometimes. Like Moses with the burning bush and Paul on the Damascus road that day in history is forever engrained in his heart and mind. If someone is experiencing a serious challenge in their ministry and life I would ask them: “What is your call?” followed up by: “Are you still following it?” Remembering our call or reaffirming it is particularly important when we are called to defend our ministry.
Posted by John Byron at 8:58 AM