Things I Know Nothing About. A Song for Seminary Students

It is quite common for students coming to seminary to assume they know a lot about the Bible and theology only to learn that there is a lot they don't know.

Jonathan Robinson is a pastor in New Zealand and a fellow blogger. He posted the video below of a song that reflects how some students feel. Jonathan finished his theology degree last year, so much of his experience is still fresh on hi mind. Stop by Jonathan's blog  and let him know what you think

What happened to the original New Testament? Can we reconstruct it?

And therein lies a debate. Can we, through the study of copies of copies, reconstruct the New Testament? Can we get even close? Some are confident that we can, others say no.

I had not yet had the chance to hear the two of them debate until Brian Leport over at Near Emmaus posted the below video. It is about 2 hours long, but is worth listening to and is interesting no matter which side of the debate you fall. Both of these gentlemen make some valid points.

Incidentally, it was during one of these debates that Dan Wallace announced that the discovery of a first century copy of Mark's Gospel.

Evangelical Text Criticism notes that R. T. France has passed away. France was well-known for his work on the Gospel of Mark. France was principle of Wycliffe Hall at Oxford and taught at London Bible College. Many of you will be familiar with his commentary on Mark in the New International Greek Testament Commentary series.
Posted by John Byron at 8:54 AM 2 comments: 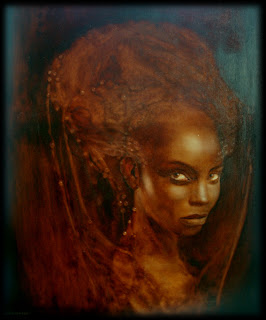 The mines will be excavated as soon as the funds can be raised. You can read the whole article here. For those who don't know, this story provides the connection between Ethiopia and the Ethiopian Church's claim to be in possession of the Ark of the Covenant.
Posted by John Byron at 12:00 AM 3 comments: 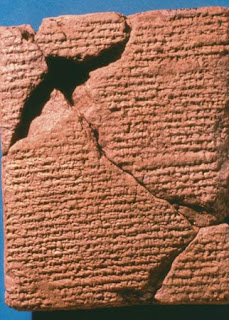 I like a good joke now and then. Unfortunately, not too many people "tell" jokes anymore. Most jokes are contained in email forwards which means that you must read rather than hear a joke. And with that we lose an important skill, the delivery. It takes a bit of talent to tell a joke. You can have two people tell the same exact joke, but the one tells it flat, the other delivers it with just the right inflection of voice and knows about the timing of delivery. I always enjoyed telling jokes, but I rarely hear any "good ones" anymore.

When I was growing up there were always lots of jokes going around. Some were meant to cause a laugh, others were intended to insult. The insult jokes were directed at one person while everyone else laughed. I remember various times when, standing in a crowd, we would witness two boys "ranking each other out" as we called it in Long Island. The jokes usually stared off tame and became more serious and crude as the contest persisted. But I remember that things always took a serious turn when someone would say "Yeah, well, yo mama . . . after which something rude would be said about the other person's mother. Sometimes this resulted in fists flying.

It seems that jokes and riddles have been with us for quite some time. And so have the mama jokes.  A recent article in the Jerusalem Post highlights six jokes/riddles written on clay tablets in Akkadian.


The riddles were written in Akkadian, an ancient Semitic language used by the Babylonians and Assyrians and recorded in logograms. They were found in present day Iraq years ago but had been forgotten until a German and Israeli professor, two of just a few-score people in the world today who understand the ancient tongue, translated them.

And it turns out not much has changed over the millennia. Even in ancient Mesopotamia, people enjoyed crude jokes about politicians, alcoholic drinks and references to (someone else’s) mother’s sex life.


Most of the jokes aren't all that funny when told in the modern world. And the mama joke is not complete since the tablet is broken. But you can read them here and see if you want to attempt telling them today. Let me know if you get any laughs.
Posted by John Byron at 8:45 AM 1 comment:

Congrats to Harold Dixon! He is the winner of  A Short Introduction to the Hebrew Bible (Fortress, 2007). 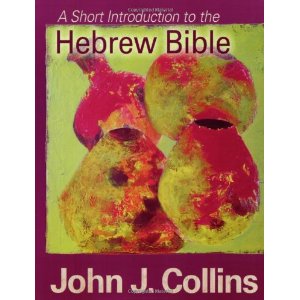 Harold, send your details to jbyron@ashland.edu and I will send the book out this week. Remember, you have five days to claim your prize or it goes back on the shelf.

Stop by in the future. I still have more to give away.
Posted by John Byron at 11:32 AM No comments: