This week's giveaway is the second edition of Walter Brueggemann David's Truth In Israel's Imagination and Memory (Fortress, 2002). Here is the blurb. 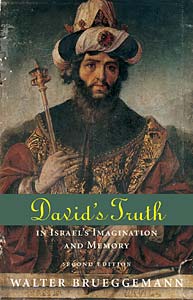 In this completely revised edition of a true classic, Walter Brueggemann thoughtfully examines four different sets of David narratives. Each narrative reflects a particular social context, a particular social hope, and a particular community. Thus these stories offer a distinctly different "mode of truth" concerning this pivotal biblical figure. The tribe, the family, the state, and the assembly each has a different agenda and thus draws a very different portrait of the one who helps define them and is defined by them.


If you want a chance to win this book put your name in the comment section below and I will draw a winner on Sunday. Remember, the winner has five days to claim the prize once their name is announced.
Posted by John Byron at 12:00 AM 34 comments:

I ran across this preparing a lecture on the Roman Empire for my New Testament Backgrounds course.

Posted by John Byron at 2:54 PM No comments: 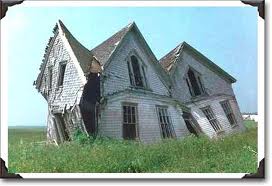 Many of us inherit our beliefs or pick them up on the way from those we meet. We get them from our parents, our pastor, the people we sit with in Sunday school and the stuff we watch on TV. We might even get them from the Bible. But we all get them from some place. And for a while, we are satisfied with them and don't question them.

Then something happens. We meet someone who thinks differently than us. We notice something in the Bible we hadn't seen before. We experience a crisis that challenges much of what we held dear. For some, the process of studying theology in a university or seminary causes a complete rethink of most if not everything we thought we knew.

If we decide not to stick our heads in the sand. If we don't runaway screaming or simply give up. Then we have some "renovating" to do.

The process of renovating a house is a good metaphor for what it is like renovating our theological house. Many homeowners will, at some point, attempt a small weekend project. Often, its not too long before that bit of DIY turns into a nightmare. I once ended up committed to remodeling an entire bathroom when the drain I was fixing broke off in the wall. Similar thing happened when trying to do little "projects" in my theological house. A busted drain or an unexpected crack led me down paths I had never expected.

The renovation metaphor is not my own. Peter Enns has a post today that extends it much farther than I did. And if you read his post with your theological house in mind it is amazing how well the metaphor works. Here is one part that particularly struck me.


Not everyone renovates their house, no matter how much it’s needed.

Some don’t like anything any builders have to say, and so they argue with them. They actually like arguing. They email them just so they can call the builders names and tell them how dumb they are.

Others feel it’s all a builders’ conspiracy and it’s their responsibility to tell all their neighbors that they shouldn’t have their houses renovated either, no matter what these lying builders say. They feel they know better than everyone else, and they get quite in your face about it if you disagree.

Then there are some who hire builders to begin work, but when walls start getting knocked down they become fearful and fire the builders mid-task. They would rather nail up some plywood panelling to cover up the holes than finish the job.

Rejecting the Church's Colonial Past 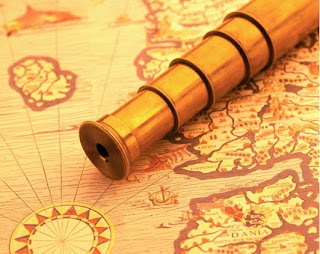 I grew up in an era when Columbus was still considered a hero by most. Every October in school we would make ships out of construction paper, the Nina, the Pinta, and the Santa Maria, to commemorate Columbus' "discovery" of America. Sometimes we would do little skits reenacting Columbus' journey across the flat earth as he searched for the route from east to west. I remember drawing a picture of Columbus standing up to a mutinous crew who wanted to turn back and him asking for just three more days by which time he did in fact "discover" land. And the best part? We got a Monday off from school.

Only later in life did I find out that Columbus did not land in what is now known as North America. In fact, he landed somewhere in what we now know as the Bahamas. It was also later that I learned that he was probably not the hero I thought he was. I remember first being aware of protests over Columbus Day in the 1980's. The protesters did not think that Columbus and his crew were heroes, but rather invaders and thieves who robbed natural resources from the local natives and in return brought small pox, slavery and domination. For the first time I began to think about the situation from another angle. What was it like to be "discovered" when you had already lived in your homeland for hundreds if not thousands of years? For the first time I was made aware of how Europeans and Americans view history through a lens that considered "discovered" lands and the people who lived there as part of the west's reward for exploring and civilizing the world.

Later I learned how the Church helped support these "discoveries." As Europeans began to move throughout the world and conquer other lands and peoples the Church saw this as an opportunity to spread the gospel. This included a series of missions movements too numerous to recount here. Now some might read the last line and ask "What is wrong with that? Why not spread the gospel?" Because the situation, like so much in life, was far more complicated than it seems.

During the 15th century the Church issued a series of Papal Bulls allowing for and encouraging the conquest of people and lands "discovered" in the name of Christian monarchs. And the people who already lived there could be spared if they converted. If not, they were to be enslaved or killed.

If you have never heard of this before it is called the Doctrine of Discovery which includes a series of Papal Bulls and treaties that provided theological underpinning for the colonial movement. This doctrine was also cited in an 1823 decision by the US Supreme Court concerning native lands in North America. Needless to say, the injustices committed against indigenous peoples, sometimes in the name of the Gospel, were historic in their scope and effects.

Recently, however, awareness of this has been growing. In biblical studies post-colonial studies have helped us to read and interpret the Bible differently. And the church at large is also beginning to come terms with
its complicity.

In recognition of this, the World Council of Churches has posted a statement rejecting the Doctrine of Discovery. Here is some of the statement as reported by the Native News Network.


The origin of the doctrine goes back to the papal bulls issued by Pope Nicholas V in 1452 and 1455 respectively, allowing the invasion and killing of the Indigenous Peoples.These historical church documents titled "Dum Diversas" and "Romanus Pontifex" called for non-Christian people to be captured, vanquished and to have their possessions and property seized by the Christian monarchs.

On basis of the same historical precedence the statement points out that, "Christopher Columbus was instructed, for example, to 'discover and conquer,' 'subdue' and 'acquire' distant lands."

European countries like Spain, Portugal, England, France, and Holland used the doctrine. The doctrine was introduced in the law of the United States and was referenced in the United States Supreme Court case of Johnson v. M'Intosh, 21 US in 1823, which in turn has been cited by courts in Australia, Canada and New Zealand.

Therefore the Executive Committee statement points out that the "current situation of Indigenous Peoples around the world is the result of a linear program of 'legal' precedent, originating with the Doctrine of Discovery and codified in contemporary national laws and policies."

The statement rejects the idea endorsed by the doctrine that "Christians enjoy a moral and legal right based solely on their religious identity to invade and seize indigenous lands and to dominate Indigenous Peoples."

This is good news as many peoples seek reconciliation with each other. And it helps bring awareness to the church. If you are interested in learning more about the topic you can visit the web site Doctrine of Discovery.org.

I would also like to remind you of an upcoming conference at Ashland Theological Seminary that is close to this topic. On April 16-18 we will host Created in God's Image: Seeing Christ Through Native American Eyes. See my earlier post on the topic.
Posted by John Byron at 12:00 AM 2 comments: