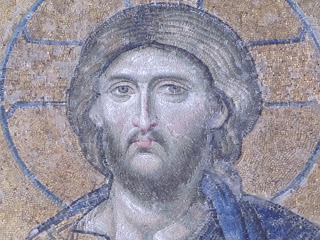 A recent article on the Huffington Post was brought to my attention by a former Greek student who asked if I would comment on the Greek. In the article Jay Michaelson suggests that Matthew and Luke each record a story in which Jesus heals the same-sex partner of a Roman Centurion. Many will be familiar with the story (Matt 8:5-13; Luke 7:1-10). As Jesus enters Capernaum a Roman Centurion asks Jesus to heal his servant. Jesus gets ready to go with the Centurion, but the man tells Jesus there is no need since he is accustomed to working under authority. Jesus merely needs to give the word and he knows his servant will be healed. Jesus agrees, the man goes home, his servant is healed.

But Michaelson want us to think about the story in a different way by focusing on the Greek term pais used in both Matthew and Luke. He argues that it does not mean “servant” here but “lover” and appeals, though not with any references, to the work of Thucydides, Plutarch and “countless other Greek sources.” He contends that translating pais as “servant” makes no sense since 1) one would not expect a Roman solider to beg on behalf of a slave, 2) although Luke calls the person in question a “slave” (doulos) the centurion calls him pais, 3) it was a common practice for Roman soldiers to have servants/lovers based on the Greek model. Michaelson acknowledges that the person in question was probably a servant, but also much more. He then views this story as Jesus extending an unhesitating, healing hand to a centurion and his homosexual lover just as he did to prostitutes.  You can read his whole post here.

Before I comment on Michaelson’s analysis I do want to say that in spite of Jesus’ silence on the topic of homosexuality and whether or not his interpretation is correct here, I do think Jesus would extend a hand to a gay person to heal him. I think Michaelson is 100% correct that given the opportunity Jesus would do that. But I don’t think that is what Jesus is doing here and this is why.

First, Michaelson is not the first to suggest that the person in question here be understood as the Roman Centurion’s homosexual servant rather than just servant, although it is a minority opinion. And he is correct that in some instances pais was used to describe the junior partner in a homosexual relationship. But that is not what it means here nor the rest of the New Testament. The Greek noun pais is used in the New Testament 24 times and has a range of meanings that include “adolescent,” “child” and “servant.”  In the LXX (the Greek translation of the Old Testament) it appears numerous times and it always refers to a “servant.” There are no occurrences of the term anywhere in the Bible that can be interpreted a referring to the junior partner in a homosexual relationship. With that in mind, we might be better off translating pais as “servant” here, which Michaelson favors.

Second, Michaelson acknowledges that in Luke’s version of the story the person in question is first called a “slave” in 7:2 (doulos) while the Centurion calls him a pais. He suggests that this distinction is important by which I assume he is suggesting that perhaps Luke got the terminology wrong but the Centurion got it correct. But Luke is writing all of this and would have been aware of the two terms which can in fact be used as synonyms. (See the first chapter in my Slavery Metaphors).

A better explanation for the difference in terminology in Luke might be that Matthew and Luke had a common source that identified the person in question as a pais, which could be taken as either “child” or “servant.” Matthew decided to leave the whole scene ambiguous by not introducing it with an explanation that the centurion had a sick slave (doulos). If you read Matthew’s version substituting “child” for “servant” (with the exception of 8:9 where the word is doulos) the story could just as easily be about the centurion’s son and not his servant (Hagner alludes to this in his commentary, p. 204). Luke, on the other hand, recognized the ambiguity in the story engendered by pais, and decided to clear it up by calling the person in question a “slave” (doulos) because that is who Luke thought he was. Had Luke not made that addition  in 7:2 both stories could be read as the healing of the centurion’s “child.”

Third, it is true that pais could be used as a term of endearment for slaves. As bad as slavery was/is there were those cases when a slave and master did become close. But that does not automatically translate into homosexuality. For instance, we have a copy of a letter sent by Augustus to one Stephanos of Laodicea. In the letter Augustus says “you know how fond I am of my Zoilos.” This Zoilos was a former slave of Augustus who apparently became very close with the emperor. But no one is suggesting that the two were lovers in a same-sex relationship. Zoilos was apparently very valuable to Augustus and the emperor developed affection for him.

The problem is that Michaelson has invested too much in the meaning of pais. While it can be used to refer to the junior partner in a homosexual relationship, this would be the only such instance anywhere in the New Testament. As I pointed out, it is a somewhat ambiguous term. Nonetheless, I do think servant here is probably the best interpretation of pais, even though it could be child.

But simply assuming that this term means that the servant was the Centurion’s same-sex partner has no standing. There is not enough evidence. We cannot assume that because the centurion had some affection for the servant that they were, therefore, sexually involved. And we also cannot assume that just because the centurion implores Jesus to heal the servant that he feels anything for the servant. We know nothing about this slave and what role he fulfilled. But if he was a slave that managed the centurion’s house well and was in danger of dying, the centurion might have asked Jesus to heal him so that he didn’t lose his financial investment as well as a good manager. I am not saying this is the case, but this scenario is just as likely if not more so than suggesting that the two were somehow sexually involved. But in the end we don’t have enough evidence to spin either situation and the terminology is too ambiguous.

Michaelson reaches for this story to provide a way for gays and lesbians who are struggling with same-sex marriage as a religious act. I commend him for thinking through this topic and have voiced my own desire that the church actively engage the topic. But I don’t think the story of the centurion’s servant does that for him. It is a story about a servant and a master and we know nothing about how they interacted with one another in the bedroom or out.
Posted by John Byron at 12:00 AM 106 comments:

Craig Keener: Reports of Raising from the Dead On Monday I posted part of an interview with Gerd Luedemann in which he talks about being a theology professor and not believing in the resurrection of Jesus. At the same time, he "outed" Conzelman as a doubter as well.

On the other side of the spectrum are scholars like Craig Keener. Craig is professor of New Testament at Asbury Theological Seminary (the other ATS) and has written a number of helpful and important books on a number of topics in New Testament studies. His most recent book is Miracles: The Credibility of the New Testament Accounts (Baker, 2011). In this book Craig argues that the miracles recorded in the Gospels and Acts are not fabricated myths, but historical events. I had an earlier post on this topic in December.

In the below video clip Craig talks about people being raised from the dead in modern times and he discusses some of the eyewitnesses he interviewed, including those from his own family.

Craig points out that while some scholars are willing to admit that psychosomatic healings do take place, they do not think that some things can happen because they are physically impossible, like coming back from the dead. Craig disagrees. I don't suspect that this is the kind of issue that people will change there mind on easily, but Craig is certainly stirring the pot.

Posted by John Byron at 8:38 AM No comments:

Luedemann, Conzelman and the Resurrection. 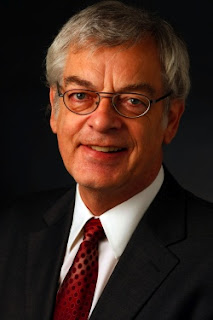 I enjoy reading the biographies and autobiographies of various theologians. I like to get to know what makes/made them tick. Over the years I have discovered some very real people behind the scholarly persona with which I was more familiar.

With that in mind, I was interested to see this interview with Gerd Luedemann. He is a New Testament scholar in Germany and is well-known for his public statements that the resurrection never happened. In a an interview with Frederik Mulder at Resurrection Hope, Luedemann talks about how he gave up belief in the resurrection. But he also "outs" Conzelman as a doubter as well. Here is part of the interview.

Mulder: So tell us what happened between 1994 and 1999. In your 1994 book you put forward the view that Jesus' body decomposed in a tomb and that Peter and Paul experienced hallucinations of the risen Jesus. In the same work you maintained that one can remain a Christian despite this. You based this insight on your appreciation for the Marburg systematics theologian Wilhelm Herrmann [picture left] who separated faith and history from each other [Herrmann was Rudolf Bultmann and Karl Barth's dogmatics professor]. And then in 1999 in your "Letter to Jesus", you famously said you cannot be a Christian any longer. So please tell us more about your five year existential experience of being a Christian [between 1994 and 1999], and how it eventually panned out.

Luedemann: Well, in 1994 the quotation from Herrmann was from a book in which he says that we can live with the little we really believe and not with the much that we have to believe ... I had these ideas. I was however never able to make a system of it, because I did not believe it.

Luedemann: Look, I was a professor in Theology. There had to be a synthesis.

Mulder: So you pretended?

Luedemann: No. You end up with that [synthesis]. The only thing I enjoyed in that book was the things I said about DF Strauss that the tomb is full. And I learnt that from Conzelman. I visited him a lot.

Mulder: Did Conzelman say that in public?

Mulder: So Conzelman in private said the tomb was not empty, but in his academic and public work he would not say that?

Luedemann: Or he was undecided. You see, I had a good relationship with Conzelman. He died in 1989. He was sick for three years. I went to him once a week, and asked him all sorts of questions. He talked to me about Martin Hengel from Tuebigen. He would say to Hengel: "The grave is full!".

Mulder: Conzelman would say that to Hengel?

Luedemann: He would say that to him. And I immediately said he is right about that.

Mulder: So when did you lose your faith?

Luedemann: I probably never had faith.

You can read the full interview here.
Posted by John Byron at 12:00 AM 3 comments: