The Mark of the Beast and the School Lunch

You can't make this stuff up.

A school in Florida has been having difficulty tracking who eats lunch and who doesn't. The solution? A palm vein scanner that allows the school to accurately track who goes through the lunch line each day and who does not. It is an example of technology being used in the education world.

But . . . there are those parents who object because they see it as the mark of the beast. Parents fearful that there children will be marked with 666 are reacting.

Mamie Sonnier said she is very angry and disappointed about it.
"As a Christian, I've read the Bible, you know go to church and stuff," said Sonnier. "I know where it's going to end up coming to, the mark of the beast. I'm not going to let my kids have that."

The school has over 1000 students and Principal Charles Caldarera believes the palm vein scanner will reduce errors in the lunchroom.  The school will know who eats lunch and who does not, thus will only charge the parents for the lunches the student does eat.

"We are so large," said Caldarera. "With an elementary school, they all come through line, and most of them eat here. It would make us more efficient and more accurate. We've had parents complain in the past, because they felt like their children weren't eating, that we assigned them a charge for the day, and they might have been right."


Here is a video of the news report. Happy Friday! 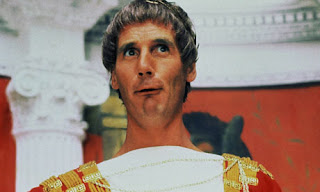 Proof that Jesus Visited North American Tribes: Or, yet another reason to learn Hebrew!

A friend brought this to my attention on facebook. The seller on Ebay describes it as a " Unique Vintage Navajo Moose 925 sterling silver pendant."

Anyone notice something wrong here? 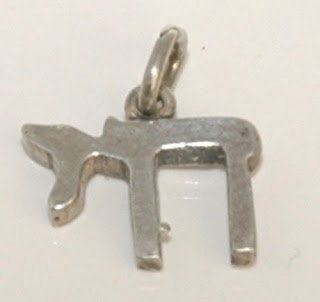 Here is the link to the auction description.

The seller only wanted $5.50 for it. I am sorry to report that it has already sold. No word yet on whether the "Navajo Moose" knows any Yiddish.
Posted by John Byron at 10:47 AM 3 comments:

Did the disciples have good memory skills?

There is some debate over the historical accuracy of the words and actions of Jesus in the gospel. Since a majority of the population in the first century couldn't read, much less write, readers of the gospels have sometimes asked how we can trust the memories of the authors. One theory is by studying the nature of oral transmission. This was a popular approach among the early form critics and has seen a resurgence in the works of people like Birger Gerhardsson, Samuel Byrskog,  James D.G. Dunn and Terence Mournet, to name a few.

More recently Craig Keener has looked at the nature of oral transmission in his mammoth study on Miracles in  the New Testament. In the video clip below Keener discusses oral transmission and memory in ancient societies and modern. And he has some criticism for those whom he calls cultural elitists.

Where do liberal Bible scholars come from? 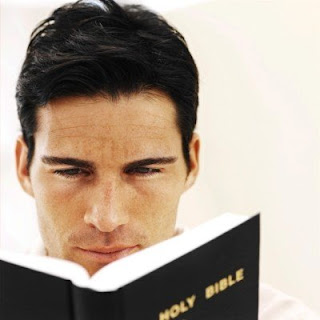 I have had people who don't know me call me a "liberal." I am not always sure what they mean by that since it is one of those labels that can be used flexibly just like the label "conservative." As my readers know, I don't really like labels. I suspect what they mean is that I don't think or believe the way they do therefore I must be a "liberal."

But where do "liberals" come from? Are they born that way? Are they brainwashed? Over on the Huffington Post Greg Carey has a good article on how "we" are developed. This one paragraph I think really explains, for many of us, our backgrounds and how we feel.


Biblical scholarship is an academic discipline, taught and studied at universities, colleges and divinity schools all around the world. So it should be no surprise that biblical scholars run in all shapes, sizes, colors and denominations. What would surprise many people, though, is that a very large number of us love Jesus and the church, and we spend hours upon hours communicating the love and wonder we experience with the Bible. Indeed, some of our secular colleagues justifiably complain there are too many of us in the field. More surprising might be this one fact: many of us have our roots in fundamentalist and evangelical Christianity. The best way for conservative churches to produce "liberal" biblical scholars is to keep encouraging young people to read the Bible.

You can read Greg's article here.
Posted by John Byron at 12:00 AM 4 comments: