Stephen Colbert on the Bible Miniseries 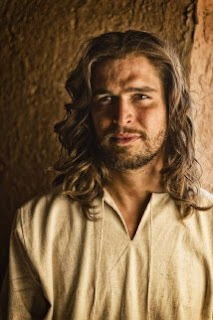 I have yet to see any episodes of the History Channel's miniseries The Bible. It's not that I am boycotting or otherwise avoiding the series. It's not that I am uninterested or theologically or philosophically opposed to it. No it is something darker and even more sinister. I am one of the few Americans who refuses to pay for cable television. That's right, not only am I unable to watch the Walking Dead, I am also not one of them!

I will get around to watching the series at some point in the future. I have an interest in the way the Bible is portrayed in film. But I won't pay to do so via cable nor will I purchase it when it comes out on DVD. I will wait until my public library has a copy and then I will borrow it.

Over the last few weeks I have heard both good and bad about the series. There are lots of opinions and you know the old saying. But one take on the series that I enjoyed was that of Stephen Colbert. He seems to not like the series. Or to be more precise, I don't think he likes the hype related to it. See what you think.