Who gets to decide who is an evangelical? 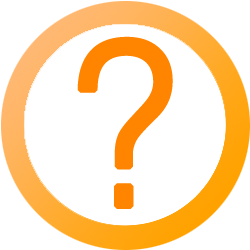 I have gone back and forth about writing this post. I am afraid I might open a can of worms or Pandora's box by broaching this topic. But one purpose of this blog is to raise issues and to encourage discussion.

Apparently Jim Wallis of Sojourners has come out in favor of gay marriage (here and here). It's not clear to me if Wallis is suggesting that he no longer finds homosexuality to be unbiblical or if he is suggesting that, within our republican form of government, gays should be allowed to be married as well as be the beneficiaries of other civil rights. This is a change for Wallis and time will tell how he nuances his stance on the issue.

The bee in my bonnet with this issue is not from Wallis but from those  lining up to declare that Wallis is no longer an evangelical. In particular I am thinking of Denny Burk who blogged about Wallis' new stance and had some rather critical things to say about him. But it was the penultimate paragraph of the post that really got my goat, especially the last line.


Declaring support for gay marriage shrinks your platform with evangelicals. Folks like Jim Wallis thrive on being the progressive voice of reform from within the evangelical movement. But now he has revealed himself not to be speaking any longer from within but from without. Embracing gay marriage by necessity means abandoning biblical authority. Abandoning biblical authority by necessity means abandoning evangelicalism. Wallis will no longer be able to credibly call himself anevangelical (for my definition of evangelical see here and here). That means that a very large constituency of people who buy books and attend conferences will be increasingly off-limits to him. Once an “evangelical” declares support for gay marriage, he forfeits his ability to speak to bona fide evangelicals.

After reading this post I couldn't help but ask myself "who gets to decide who is an evangelical?" I understand that Burk disagrees with  Wallis, but I am not sure how he can conclude that Wallis is now no longer able to speak to evangelicals. Burk links his post to his own definition of what is an evangelical where he says.


Evangelicals believe and proclaim theevangel(i.e., the gospel) of Jesus Christ crucified and raised for sinners. At first blush, it would seem that this kind of commitment to the gospel could describe almost every “believing Christian,” but several notable features distinguish Evangelical Christians from the liberal mainlines on the one hand and Roman Catholics on the other.

Evangelicals trace all of their beliefs to the inspired Scriptures, which they believe to be the sole authority for faith and practice. American Evangelicals have stressed the inerrancy of Scripture as a necessary condition of its authority (see the 1978Chicago Statement on Biblical Inerrancy).

In addition, Evangelicals recognize the decrepit condition of humanity because of sin and the inability of any person to contribute anything to his own salvation from sin’s effects and punishment. Evangelicals therefore rely on Christ’s substitutionary atonement as God’s only way of salvation for sinners who have been alienated from their Maker.

In the Evangelical way, the benefits of Christ’s redemptive work are communicated to the sinner by grace alone through faith alone in the person of Christ alone. Thus, Evangelicals typically stress the need for conversion: that a sinner would repent of his sin and believe the gospel of Jesus Christ through the regenerating power of the Holy Spirit. Evangelicals also believe in the necessity and urgency of evangelism.

I agree with Burk on the first line. If I were to define myself as an evangelical it would be based on that first line. But it is everything that follows, the baggage that is added that makes me cringe. The idea that only the Bible has authority in the life of the Christian and that tradition and experience plays no role. That inerrancy is somehow  the guardian of all biblical truth and that we must believe only in substitutionary atonement. I understand why Burk and others hold to these positions. But I don't understand why it is a requirement to be an evangelical. Burk's definition, I would submit, is packed with lots or "extras" that are not necessarily "value added."

Another thing I don't understand is why the issue of homosexuality is the litmus test. One thing that we discover when studying the Bible is that the topic is far more complex than often acknowledged. And disagreeing on this topic, no matter how wrong you may think someone is, doesn't seem like a reason to declare them no longer "evangelical" and pull their membership card. But Burk has done this before as with the case of Rachel Held Evans.

I stopped calling myself "evangelical" a long time ago. Mostly because I am more than uncomfortable with the way the term has been used and the connotations that have become attached to it. I recognize that in some ways I am still closer to those who call themselves evangelicals. But if the description of "evangelical" is the one promoted by Burk, then perhaps he's right and I am not one after all.
Posted by John Byron at 4:26 PM