The Syrian Crisis and the Bible 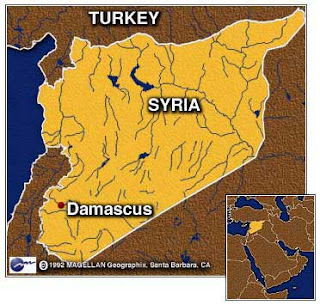 As the west, led by the US and prodded by France, rattles its saber at Bashar al-Assad, some in the Christian community are looking to the Bible to see what it might say about these events. They are turning to Isaiah 17:1-2 which is an oracle against Damascus.

See, Damascus will cease to be a city, and will become a heap of ruins.Her towns will be deserted forever; they will be places for flocks, which will lie down, and no one will make them afraid.

Some Christians, and apparently some Muslims too, see this as sign of the second coming of Jesus Christ.  But there are a couple of problems with this interpretation.


A major problem with this sort of interpretation is that it completely ignores the context of the oracle. This oracle was written at a specific time for a specific people. It doesn’t have on going predictive powers. This type of interpretation is the result of a very egocentric reading of the Bible. It happens when we think that everything written therein is about us and for us. All that we need to do is solve the code, connect the dots and we have the secret road map to how the world will end. But as I said, this ignores the fact that what is described here has already happened.

Over at the Time Blog Walter Bruggemann has what is probably a more responsible way to understand this passage, 2800 years after it happened. He says

“You cannot read the Bible that way. It is an ancient poem about an ancient context,” he said. “If we are going to contemporize it with such an easy connection then we have to learn to read the text against the United States as well because the United States now plays the role of Babylon and all those ancient superpowers. We have to tread very gently about making such silly connections.”

A better interpretation of the passage, Bruggemann explains, would be that all nations are answerable to the God of justice, even  nations like Syria and Babylon. “No nation has high moral ground,” he says. “That is a bite against every exceptionalism, including American exceptionalism.”


Bruggemann’s point is one for Christian Americans to consider seriously. Our egocentric way of reading the Bible often neglects to ponder the possibility that perhaps we are playing the role of a modern day Assyria, Babylon or Rome. And while the Bible suggests that God used those nations at various points in history, it wasn't because God thought they were “his people.” In fact, they are the nations that eventually met their own destruction. We should remember that God's justice has no favorites. Even ancient Israel found that out.
Posted by John Byron at 9:36 AM