Why the King James Bible is better than the Originals

Over the years I have either read about or encountered those who are commonly referred to as "King James only" people. These Christians and/or churches refuse to read anything other than the King James Bible and consider all other translations to be inferior.

On some occasions, when asked by members of this group, I have offered some reasons why the King James Bible is not the "only reliable" Bible. While it was a fine translation in its day and is the ancestor to the NAS and NRSV, it has simply gone beyond its shelf life. We have better translations based on better manuscript evidence. Of course many don't agree with my explanations and try to counter my arguments with statements about Textus Receptus, which I am pretty sure they think is some type of dinosaur.

But the following seven reasons offered as to why the King James Bible is better than the originals is new to me. The logic is, well . . .

Like James Mcgrath, who pointed this out to me, I thought this was a joke. But it seems to be very serious. Not much better is the other list which explains why the KJB is better than other translations.

I guess I hadn't realize the importance of having Lucifer's name in the Bible. And thank goodness the KJB has some extra verses that are missing in other translations and, I might add, are missing from the originals as well.

For those of you who attend SBL/AAR every year and love beer, I think John Anthony Dunne and Chris Brewer have an excellent idea. .


Here is their idea:

An informal reception for members of SBL/AAR looking to re-connect with old friends, and meet new ones, while sharing craft beers from around the world.

DescriptionThe best part of SBL/AAR is that they're an opportunity to re-connect with old friends and meet new ones. And there's no shortage of receptions, and plenty to drink, but seriously, is Heineken the best we can do?

Because we believe that every square inch includes every last drop we've decided to host an informal gathering of SBL/AAR attendees where folks can drink and share their favorite craft beers.

Here's the deal: Bring a 6-pack of craft beer to share from home. Maybe it's a regional brewery, something that's tough to get your hands on or a seasonal release. The idea is that we all get to try some stuff we might not otherwise get to try.

Spread the word, and bring some good stuff to share.

On a side note, if any of you have an academic interest in alcohol in the Bible, the broader ancient world, or theology, we'd also like to include a few other short talks (approx. 10 minutes), so send an brief abstract of 100 words to jad22@st-andrews.ac.uk and cb235@st-andrews.ac.uk.


I am in! I wonder if they would mine if I brought some home brew?

Are Stories of Christian Persecution a Myth? 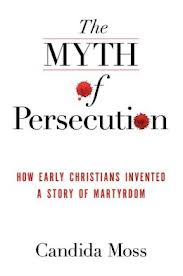 I remember the first time I heard the story of Polycarp, an early Christian martyr. According to the legend, this bishop of Smyrna was executed for his faith. Having been tried and found to be a Christian he was tied to a stake and set on fire. However, the flames didn't burn him and instead of smelling burning flesh the crowd smelled what seemed like baking bread. Frustrated, the executioner stabbed Polycarp and the flow of blood from his dying body extinguished the flames.

It wasn't long after that I was introduced to martyr stories through the works of Eusebius the church historian and Foxe's Book of Martyrs. It seems that many died while proclaiming their love for God and the Church.

But did they? Are these stories true or are they myths based perhaps on real events or are they completely fabricated stories. In her new book The Myth of Persecution: How Early Christians Invented a Story of Martyrdom (Harper Collins, 2013), Candida Moss examines the martyrdom genre. Here's the blurb.

In The Myth of Persecution, Candida Moss, a leading expert on early Christianity, reveals how the early church exaggerated, invented, and forged stories of Christian martyrs and how the dangerous legacy of a martyrdom complex is employed today to silence dissent and galvanize a new generation of culture warriors. According to cherished church tradition and popular belief, before the Emperor Constantine made Christianity legal in the fourth century, early Christians were systematically persecuted by a brutal Roman Empire intent on their destruction. As the story goes, vast numbers of believers were thrown to the lions, tortured, or burned alive because they refused to renounce Christ. These saints, Christianity’s inspirational heroes, are still venerated today. Moss, however, exposes that the “Age of Martyrs” is a fiction—there was no sustained 300-year-long effort by the Romans to persecute Christians. Instead, these stories were pious exaggerations; highly stylized rewritings of Jewish, Greek, and Roman noble death traditions; and even forgeries designed to marginalize heretics, inspire the faithful, and fund churches. The traditional story of persecution is still taught in Sunday school classes, celebrated in sermons, and employed by church leaders, politicians, and media pundits who insist that Christians were—and always will be—persecuted by a hostile, secular world. Moss urges modern Christians to abandon the conspiratorial assumption that the world is out to get Christians and, rather, embrace the consolation, moral instruction, and spiritual guidance that these martyrdom stories provide.

In a Hufington Post article timed to coincide with the release of her book, Moss had this to say:


Even the earliest, most ostensibly trustworthy martyrdom stories have been edited and reworked. The authors of these accounts borrowed from ancient mythology, changed the details of events to make the martyrs appear more like Jesus, and made the Roman antagonists increasingly venomous. The motivations of these later authors and editors, who have gone unheralded by history but who shaped our understanding of the world, are arguably more fascinating than the martyrdom stories themselves. No doubt there are kernels of truth at the heart of some of some of the stories, but we do not have evidence of persecution.

The Roman evidence is also ambiguous. If Nero did target Christians after the great fire of Rome in 64 C.E. -- and the are good reasons for thinking he did not -- his treatment of them stemmed less from a desire to harm Christians than it did from his need to deflect blame from himself. Ancient Romans who spread the story about Nero saw his actions as contemptible and unjust.

Archeological evidence reveals that on those occasions when Christians did die en masse it was the result of general legislation intended to defend and fortify the empire. Christians were not named directly in imperial legislation until the second half of the third century, and it was only from 303-305 C.E., in the reign of the Emperor Diocletian, that we see anything resembling the brutal persecution of popular imagination. Christians did die. And Christians were occasionally persecuted, but should two years of persecution under Diocletian lead to nearly 2,000 years of Christian persecution complex?

The idea that Christianity is persecuted and needs to defend itself from external and internal attack comes from the victorious Church of the fourth and fifth centuries and beyond. It is a story that has brought comfort to the suffering, sick and oppressed, but it is a story that was used -- expanded, exaggerated and even invented -- to exclude heretics, that legitimized great violence and that continues to disrupt civil discourse. And it precisely this -- the effect that this inflated myth of persecution has had on modern politics and discourse -- that makes it imperative that we get our facts straight.

Clearly this is going to be a provocative book that will bring both heat and light to the discussion. I look forward to reading it to see what she has to say. I imagine there will be some who react, but I suspect that there will be much that Moss will shed light on that will help us to evaluate the history of Christianity.
Posted by John Byron at 9:59 AM No comments: 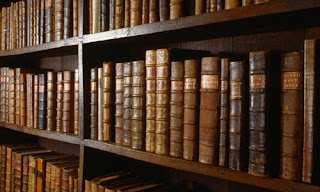