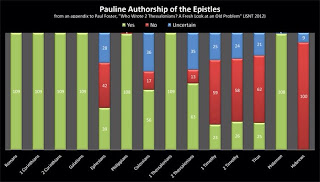 As any seminary student knows, not everyone agrees that Paul wrote all the letters that are attributed to him. There are doubts about his authorship of 2 Thessalonians, Ephesians, Colossians and the Pastorals.

But to hear some people talk you would think that there is unanimous agreement. But the chart here shows otherwise. It is taken from an article Paul Foster wrote and a poll he took at a session of the British New Testament conference. While this can't be called a scientific poll, it is interesting to note that while many suspect Paul didn't write the Pastorals, many do favor Pauline authorship of the other disputed epistles. Like myself, many could go either way on Ephesians.

Pieces of the Cross Discovered?

When you are kid a pile of trash looks like a pile of treasure. I'm not talking about normal everyday
trash (cans, bottles, food scraps, etc). I am talking about the pile of stuff that appears at the curb when someone cleans our their basement or closets either as part of a new year resolution or in preparation for a move.

I remember one such "treasure pile" when I was kid. My brother and cousin discovered it around the corner from our house and spent some time "treasure hunting." Among the things they brought home was a small plastic bag containing some splinters with a piece of paper claiming that they were from the cross of some long dead saint. I don't know whatever happened to those splinters and to the best of my knowledge they never caused any miracles to occur in our house. But they are an important reminder that people think that having an artifact from history somehow makes history real and provable for them.


Christians have been saving and venerating "holy relics" since the earliest days of the church. John Calvin is said to have once quipped that if all the pieces of the "true cross" scattered across Europe were gathered together they would provide enough wood to build a small ship.

Some do not seem to have benefited from Calvin's sagacity, however, and are claiming once again to have found an authentic piece of the cross in an archaeological dig in Turkey. According to the report:

Turkish archaeologists say they have found a stone chest in a 1,350-year-old church that appears to contain a relic venerated as a piece of Jesus' cross.

The artifacts were unearthed during a dig at Balatlar Church in Turkey's Sinop Province, and displayed this week by excavation team leader Gülgün Köroğlu. “We have found a holy thing in a chest. It is a piece of a cross," the Hurriyet Daily News quoted her as saying.

Köroğlu, an art historian and archaeologist at Turkey's Mimar Sinan University of Fine Arts, said the team suspects that the chest served as a symbolic coffin for the relics of a holy person — and that the fragments within it were associated with Jesus' crucifixion.

Well, that is certainly not much evidence to go on. Perhaps the fragments in the chest are from the "real cross" or it could be that the fragments are splinters taken from the hand of the Roman soldier that crucified Jesus. Or it could simply be some other type of wood object that was in the chest and had decomposed over time. All of this has a familiar ring to it. See the post I did on the supposed discovery of John the Baptist's bones in Bulgaria.

The fact is, promoting sensational claims like this to the public is not an example of responsible archaeology. This resembles more the "treasure hunt" I described above than a scientific inquiry. I realize that archaeologists need to raise money for their work and that sometimes donors want to see results. But this type of hype only serves to discredit the hard, serious work of those who take years to carefully uncover and study the past.

Nonetheless, there will be those who will hold up this "discovery" as proof that Jesus really was crucified and therefore everything the Bible says must be true. But just like the treasure hunting archaeologist, these people of faith are missing the real point of studying the Bible.
Posted by John Byron at 8:39 AM No comments:

Man sues over the death of Jesus claiming his human rights were violated. 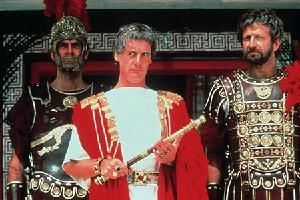 File this under "you can't make this stuff up."


A man has filed a lawsuit with the International Court of Justice at the Hague in an attempt to get Jesus a new trial and overturn his conviction. Here is part of the report from the Jerusalem Post.


A Kenyan lawyer has filed a petition with the International Court of Justice in The Hague, suggesting that the trial and crucifixion of Jesus Christ was unlawful, and the State of Israel among others should be held responsible, Kenyan news outlet the Nairobian reported on Friday.

Dola Indidis, a lawyer and former spokesman of the Kenyan Judiciary is reportedly attempting to sue Tiberius (emperor of Rome, 42 BCE-37 CE), Pontius Pilate, a selection of Jewish elders, King Herod, the Republic of Italy and the State of Israel.
“Evidence today is on record in the Bible, and you cannot discredit the Bible,” Indidis told the Kenyan Citizen News.

Although those he suggests should have been convicted during the original trial have not been alive for more than 2,000 years, Indidis insists that the government for whom they acted can and should still be held responsible.

“I filed the case because it’s my duty to uphold the dignity of Jesus and I have gone to the ICJ to seek justice for the man from Nazareth,” Indidis told the Nairobian. “His selective and malicious prosecution violated his human rights through judicial misconduct, abuse of office bias and prejudice.”

Indidis apparently named the states of Italy and Israel in the lawsuit because upon the attainment of independence, the two states incorporated the laws of the Roman Empire, those in force at the time of the crucifixion.

I am sure (OK, I am hoping) that there is more to this story. It seems unfathomable that he doesn't have a basic grasp of history to understand that you can't sue empires and governments for an act that happened 2000 years ago. The statue of limitations aside, how does one sue dead people and the government they represented when none of them exist? Furthermore, had Mr. Indidis spoken with any number of New Testament scholars they might have warned him that using the Bible as a basis for evidence in a legal dispute was probably not going to help him build a strong case.

Nonetheless, it would be interesting to hear his cross examination of say Pilate or Caiaphas.

Lawyer: "Where were you on the evening of Maunday Thursday?"

Lawyer: "Are you refusing to answer the question?" 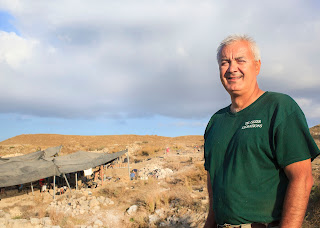