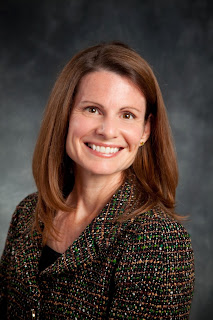 Posted by John Byron at 3:26 PM No comments: 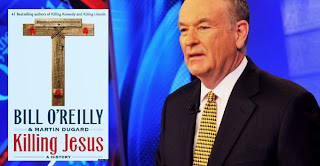 By now many will know that Bill O’Reilly has written a new book titled Killing Jesus. The Fox News conservative pundit has already published two other books of the same genre – Killing Kennedy (2012) and Killing Lincoln (2011). I once borrowed an audio copy of Killing Lincoln that I listened to on a trip. I admit that I found it interesting. So, while I do not subscribe to O’Reilly’s flavor of politics and had never watched his O’Reilly Factor, I thought I would see what he had to say in Killing Jesus. Having finished the book I thought I would share my impressions with you.


I am not sure where to begin with this book. I can’t provide a serious review because it is hard for me to believe that he published it with a straight face. This book is horrible on so many levels. O’Reilly claims that he and his co-writer, Martin Dugard, have uncovered a narrative about Jesus that is fascinating and frustrating; a story that has not been fully told until now in this book (pp. 2, 4). However, a simple read of any undergrad Introduction to the Gospels textbook would demonstrate that O’Reilly doesn't know what he is talking about.

Of all the problems with this book it is his complete lack of understanding about history that is most frustrating. He claims to separate myth from history, but I don’t think he knows the difference. He certainly doesn't have a coherent methodology. Not only does he not understand how history writing works (both now and in antiquity), it is obvious that he makes it up as he goes along or he just gets it plain wrong.  For instance, he in correctly writes that the northern kingdom of Israel was destroyed in 722 BC by the Philistines when even Wikipedia knows that it was the Assyrians that conquered Samaria, not the Philistines (p. 14). In another place he discusses Luke’s story of the twelve year old Jesus teaching in the temple (2:41-48). O’Reilly, who claims to be using “classical” sources in his research, says that the event took place on March 23, AD 7 . . . in the afternoon (p. 70). Really? He knows the date and the time? Where he got this information from is a mystery. At times his “evidence” comes from Medieval Jewish sources that would have no bearing on the first century. Often he uses Josephus injudiciously. And there are some typos that make the whole situation even sadder. One such example is found on p. 241 where Pilate calls “the high priest and church elders to announce his decision.” Church elders!? Me thinks Mr. O’Reilly gets ahead of the story here. I could go on, but this handful of examples demonstrates that his claim to be a “historical investigator” doesn't hold up to scrutiny.

Adding to problems of the book is the really bad writing. At times I could hardly look at the page because my eyes were in pain from what the authors clearly thought were clever sentences. Lines like “But the young Jesus is not long for this small town” (p. 81) or “The Plot to kill Jesus is about to unfold. But Jesus has other plans” (p. 171) and “Jesus travels with a dozen grown men, each with a man-size appetite” (p. 199). O’Reilly makes Jesus sound more like a hero in an action film than a traveling religious teacher. While I tried not to skip any pages, there were times I had to skim just to keep myself from banging the book against my head.

One point that has been made by some reviewers is that O’Reilly’s Jesus ends up as an anti-tax Republican. While it is true that he does highlight the oppressive tax system of Rome, I can’t say that he beats that drum consistently. It certainly is there, but I don’t think that Bill has created Jesus in the image of the Tea Party. But it’s possible I missed something during those times when I had to read with my eyes closed lest they burst into flames.

As one of my former students has pointed out to me, Bill probably didn't write this book. It was most likely written by a ghost writer, I assume his co-author Martin Dugard. On a recent 60 Minutes interview Bill claims that he was inspired by the Holy Spirit to write the book (see below). If this is true, it’s too bad the Holy Spirit didn't help him to do a better job of it.

I have spoken to some who, although they may be fans of O’Reilly’s brand of politics, are suspicious of what he is trying to do here. I think they all realize that Bill can smell the money. I recommend that you NOT buy this book. You would be better served by sending the $20 to a local organization that provides outreach for the poor in your area.

Finally, I admitted above that I had listened to and enjoyed Killing Lincoln. After reading Killing Jesus I now question everything that is in that book as well. I will be talking to a Lincoln scholar in the next week.

Creating a Crisis of Faith: The Job of Good Bible Teachers 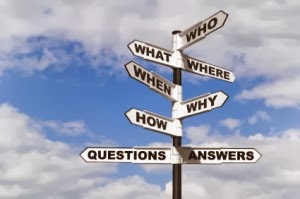 Over the years I have had the repeated experience of introducing students to a topic in biblical studies
that did not line up with what they were taught or believed. I can identify the look in their eyes when I drop "the bomb" that makes them feel like the rug has been pulled from under their feet. I can see the panic in their face as their brain tries to fit what I have just said into the paradigm they use to understand faith and the world. Some will simply ignore what I say. Others will dig in deeper. Some will mull it over for weeks if not months.

Some might assume that I find a certain level of evil satisfaction in undoing what someone has thought or believed. But that's not the case. I still remember the conflict I experienced within as I studied the Bible and compared it what I had been taught and begin to realize that things were not as I had been taught. So I try to approach these difficult topics with a certain level of pastoral care while not backing away from it. I consider it my job to make sure that my students leave my class having really thought about what they believe and why.

Today I ran across someone else who articulates well the situation many of us encounter when we study the Bible in an academic setting. Over at Pete Enn's blog Andrew Knapp has shared his own thoughts on The Christian College and the Crisis of Faith and why that might be a good thing. Here are a few excerpts.

It seems reasonable, even inevitable, that 18-year-olds leaving home to educate themselves will encounter new ideas that challenge their preexisting beliefs and compel a reevaluation of the evidence. Young men and women who take their faith seriously and are honest with themselves will recognize that some of their beliefs are not tenable—they do not need to be defended with better arguments but modified or even discarded entirely.
This can be difficult—we do not like to part ways with cherished ideas upon which we have built a worldview. But this is why students get educated. And this is why students have crises of faith.

Many Christian colleges include something in their mission statement about seeking to strengthen their students’ faith. Although I appreciate the sentiment behind this, I fear it can have bad effects. Many young people have an immature faith. Schools do not do them a service by helping them embrace this faith via dubious apologetics. Examination should always precede entrenchment.

This is why I am crushed whenever I hear that an institution has invoked the fact that “Bible Professor X caused some students to have faith crises” as grounds for dismissal. This is what good Bible teachers do!

Wanting to spare students from having faith crises implies that the students arrive at university with a perfect understanding of the nature of the Bible, in which case, we do not need to teach Bible classes at all.


You can read the entire post here. I would be interested to hear your own stories and struggles related to this topic.
Posted by John Byron at 11:24 AM 4 comments: