A Case for Requiring Biblical Languages in Seminary 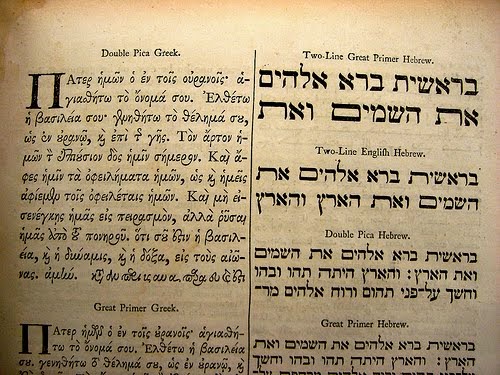 It's no secret that many students come to seminary fearing having to take Greek and Hebrew. Many can't see the point since we already possess so many good English translations. Indeed, I have struggled with the notion of requiring languages (see my post here) since many pastors never use them after seminary. And in the next curriculum about to be unveiled at Ashland Seminary, languages will no longer be required for most degrees.

But I'm still convinced that those going into ministry should be able to work with the original languages; and this means more than owning a copy of a Bible Software.


But seminaries prepare ministers, not scholars…
OK, but isn’t there an abundance of Bible


translations, software, and other tools for that sort of thing?
Look, seminary curricula are already bloated with bookish coursework. We need more relevant learning experiences for the twenty-first century.
The Bible is just too big…
Posted by John Byron at 9:54 AM 4 comments: